Why I, someone who hates running, signed up for the marathon… and why I’m still running even though it is cancelled 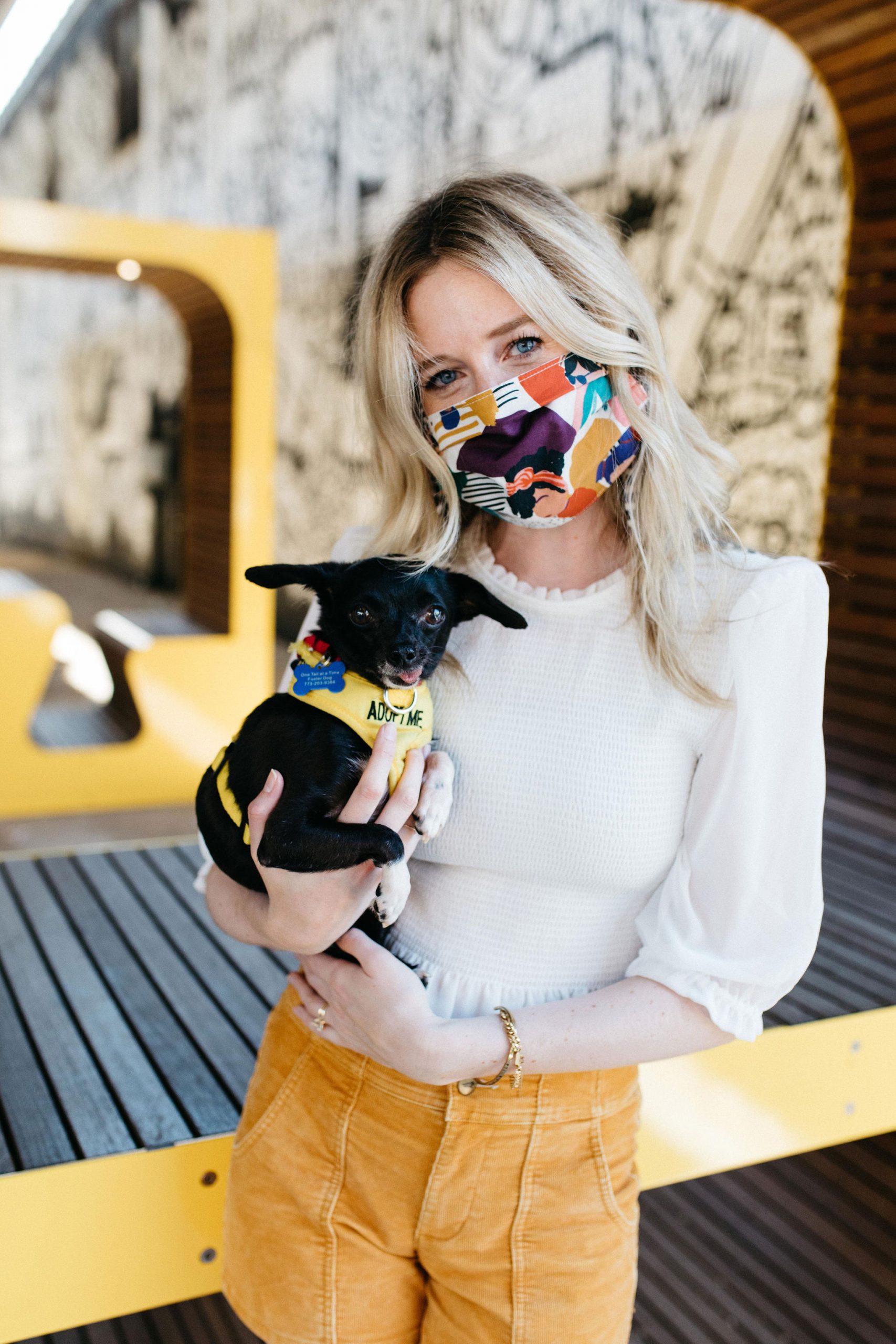 This past weekend, we welcomed a new foster kitten into our home. We felt bad only having a single kitten, and also, it was really hard! So, now we have a buddy for little Danika. Sadly, the new Little Dude is sick so he’s been much more hands-on than expected but I’m so in love with him. Pics coming soon!

A brief history of my hatred for running

Another thing I did this weekend? I ran (slash walked!) 11.2 miles. It’s by far the longest distance I’ve ever run. Aside from one 15k race I did with my mom when I was 22, I’ve never run before. In fact, I’m a self-proclaimed struggle runner and someone who has always dreaded it.

My hatred for running probably started in gym class in junior high. Doesn’t all the fun start in junior high? Every time we had to run “The Mile” I would start to panic. I was always last or close to it, and I’d get so self-conscious about how slow and unathletic I was. While running, the gym class teacher would always tell me how slow I was and to hustle up. I began to hate running.

Over the years, I would attempt running as exercise and found I still despised it. I was still “slow,” I was out of breath in minutes, and my face would be bright red a half mile in. I started telling myself that my body simply wasn’t meant to run, it wasn’t something I would ever be good at.

Why I signed up to run a marathon

So, you’re probably asking yourself what in the hell I was thinking last November when I signed up to run the Chicago Marathon. I like to joke that I was drinking when I officially signed up (and that’s true!) but in reality, the drinking just gave me the confidence to silence the self-doubt.

When people asked me why I signed up to run, I don’t really know my answer. I have watched the Chicago Marathon the past few years, cheered on friends, and been in awe of the overall spirit of the day. I’d walk away from the marathon feeling inspired and wondering if I could ever do it.

I debated signing up for in since 2017. Last year, after speaking with my sister-in-law who had just run it (and a few glasses of wine) I decided to go for it. I guess, in some ways, I want to prove something to myself, and to the Christine that struggled for so long with her confidence. I wanted to show that junior high girl to stop doubting herself.

As you may have seen, the Chicago Marathon was officially canceled. To say I was shocked would be a lie, I just couldn’t believe it had actually taken this long for them to cancel it. But what wasn’t canceled? The very real financial need of the charity partner I signed up to run for.

One Tail at a Time (OTAT) was exactly what I was looking for in a running charity. They have a strong support system, a sense of community, and are a leader in the rescue world.

I’ve worked with OTAT for the past few years now and have always admired the work they do. In the past few months however, I’ve been blown away by their leadership in the animal welfare community and beyond.

When COVID-19 threatened to fill our city shelters, OTAT didn’t hesitate to step up for animals. In fact, they’ve taken in way more animals this year compared to last year. This year already, they’ve brought 896 animals into their care. At this same time last year, that number was 532. To put this into perspective further, in 2019 they saved 975 animals. They’ve taken in so many more animals than they normally would, because animals needed them. When faced with a challenge, OTAT tackles it head on and because of their dedicated staff, volunteers, fosters, and donors, they always make it work.

Beyond the animal welfare community, OTAT has impressed me with their recent social justice work. Systemic racism is absolutely part of animal rescue and OTAT is working towards finding ways to dismantle that. They’re having internal reviews, group conversations, a mobile adoption/aid truck, and pop-up food pantries that have supported more than 1,000 families. OTAT is a progressive leader in the fight for social justice in animal rescue and beyond.

So, when people ask me why I’m still running, it’s because OTAT and its animals are still counting on me. Just because the official marathon is canceled doesn’t mean OTAT still doesn’t need help. Could I simply find another way to fundraise? Sure. But, I’ve been training a lot and I’m not willing to stop.

Of course, this isn’t the marathon I signed up to run, but maybe it’s the marathon (or half??) I needed. There may not be thousands of people cheering, an official finish line, or a Chicago Marathon Medal, but this is also (hopefully) a once-in-a-lifetime situation. With all the bad happening, how cool will it be when I’m old and crotchety to say I ran a marathon, by myself, during a global pandemic?

Want to support my efforts and give me even more motivation? Please consider donating to my fundraising page. Leave a note of encouragement while you’re there because lord knows I need it. 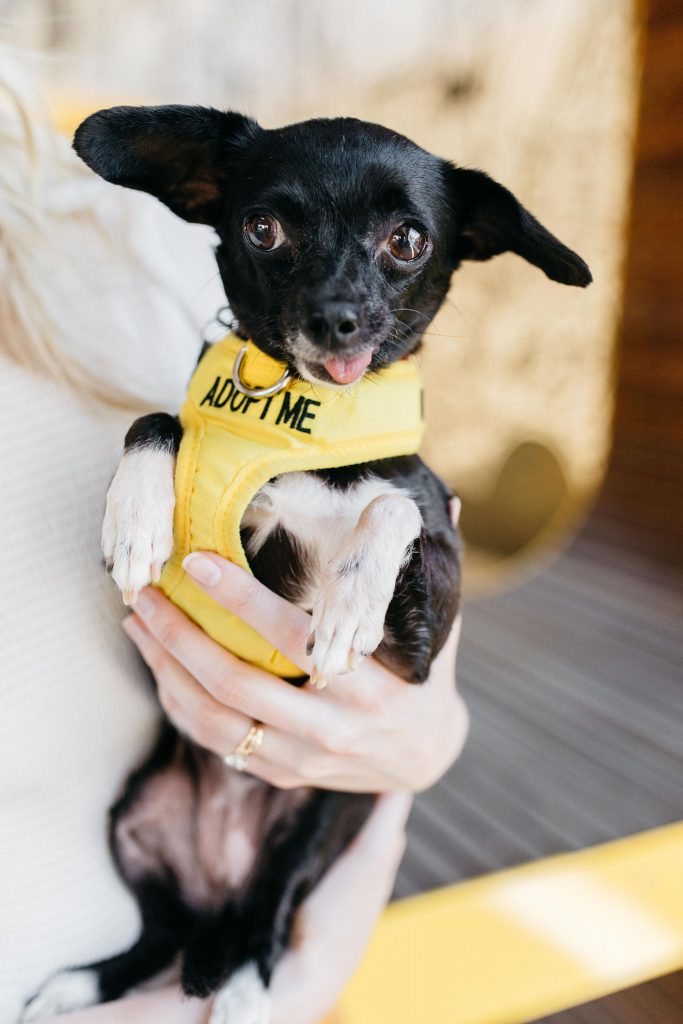 Pooky: Okay, but can I have her?? This little Chihuahua lady is your new best tiny companion. She’s a senior, but what she lacks in youth, she makes up for in adorableness. Pooky is a little shy at first and a little nervous around men, but will warm up! Someone please adopt her so I can steal her for a bit.

Sylvia will be available for adoption in the coming weeks!

When the local boutiques opened, I started exploring my neighborhood. Planet Access is a local shop that supports people with disabilities. These shorts are sustainably made and eco-friendly. I paired them with this top and these cruelty-free shoes are similar!

Spread the love
Author: Christine
Filed Under: Blog, One Tail at a Time, Personal Posts
The biggest mistake new kitten owners make
Self Care During the Pandemic