As I write this post, I’m sitting on my guest bathroom floor with five tiny nuggets curled up in my lap as the mama cat purrs while perched above her crate. The room has a distinct kitten odor and my computer is sitting on the toilet as I type. Glamorous? Far from it. But I wouldn’t have it any other way. Today is my last day with this litter. I decided to foster again and as I prepare to say goodbye, I know my time them was worth it.

The last time I fostered kittens, I ended up failing and adopting the both of them. Sometimes I think I failed because I was a first-time foster. Other times, I think it’s because we lost one of the kittens so I bonded with the remaining two. No matter which way I think about it, I know I failed because I simply got attached and fell in love. I mean, I’m only human.

My husband and I decided we wouldn’t try fostering for awhile (I think his exact words were, “yeah, we won’t be trying that again.”) There were plenty of reasons he was right too. We were traveling a lot, we didn’t want to stress out Roni & Cheese, and probably most notably, we didn’t want to fail again. I was so afraid of falling in love that I avoided it all together.

Last week, I posted kittens that needed fostering on my Instagram story hoping someone would want to foster them. My husband (aka the sane one) just so happened to be out of town when I received an email about the kittens I had posted, wondering if I would be able to foster them. After getting (reluctant) approval from said sane husband, I was off to the Anti-Cruelty Society to pick them up. 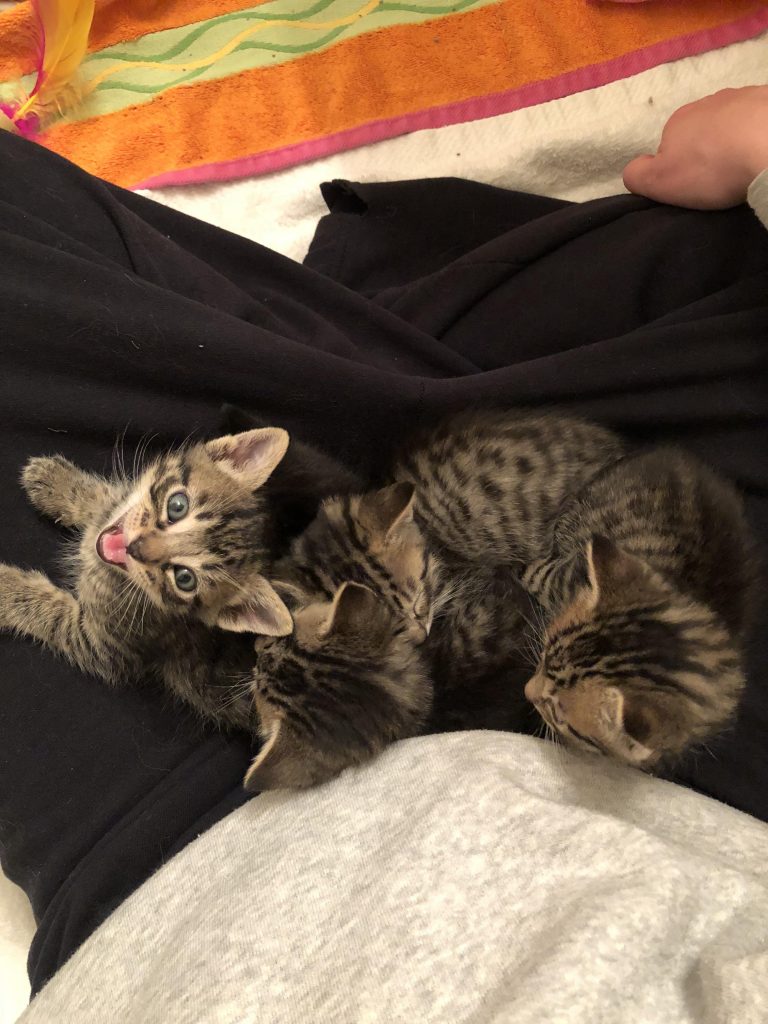 It’s been a week of fun and laughter while watching these little guys grow up right before my eyes. I’ve giggled while they scampered around and fall over with little, uncoordinated legs. Seeing Mama nursing will always be one of the most beautiful moments I’ve witnessed. I even cheered them on while they figured out how to use the litterbox. It was a short stay here, only about 10 days, but it was the perfect way to ease back into fostering.

While I’m definitely sad to be saying goodbye to them, I know their permanent home isn’t with us. I know there are families out there that will love these little ones more than I could. Most importantly, it frees up space for our next animal adventure, one that I have been wanting to embark on for some time. So while the next few days I’ll be missing these kitties and their mama, I know it’s for the best. 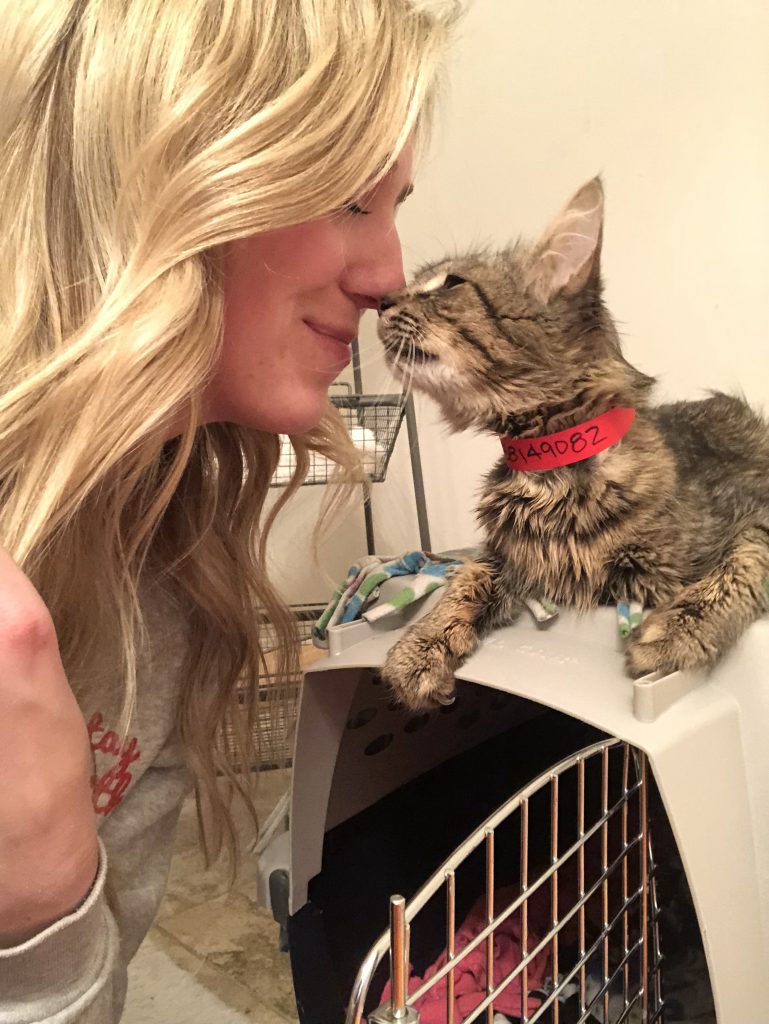 Have you ever fostered (and succeeded)? Do you want to give it a try but aren’t sure where to start? Let me know in comments below, I’d love to hear others’ experiences!

These kittens will be available for adoption in a few short weeks. I already have had a few inquiries about adopting them so if you’re also interested, let me know. They will go into another foster home until the are big enough to be spayed/neutered.

This sweatshirt is sold out in this color, but their blush color is on sale for $19! Grab it now at the link below!

4 thoughts on “why I fostered again.”