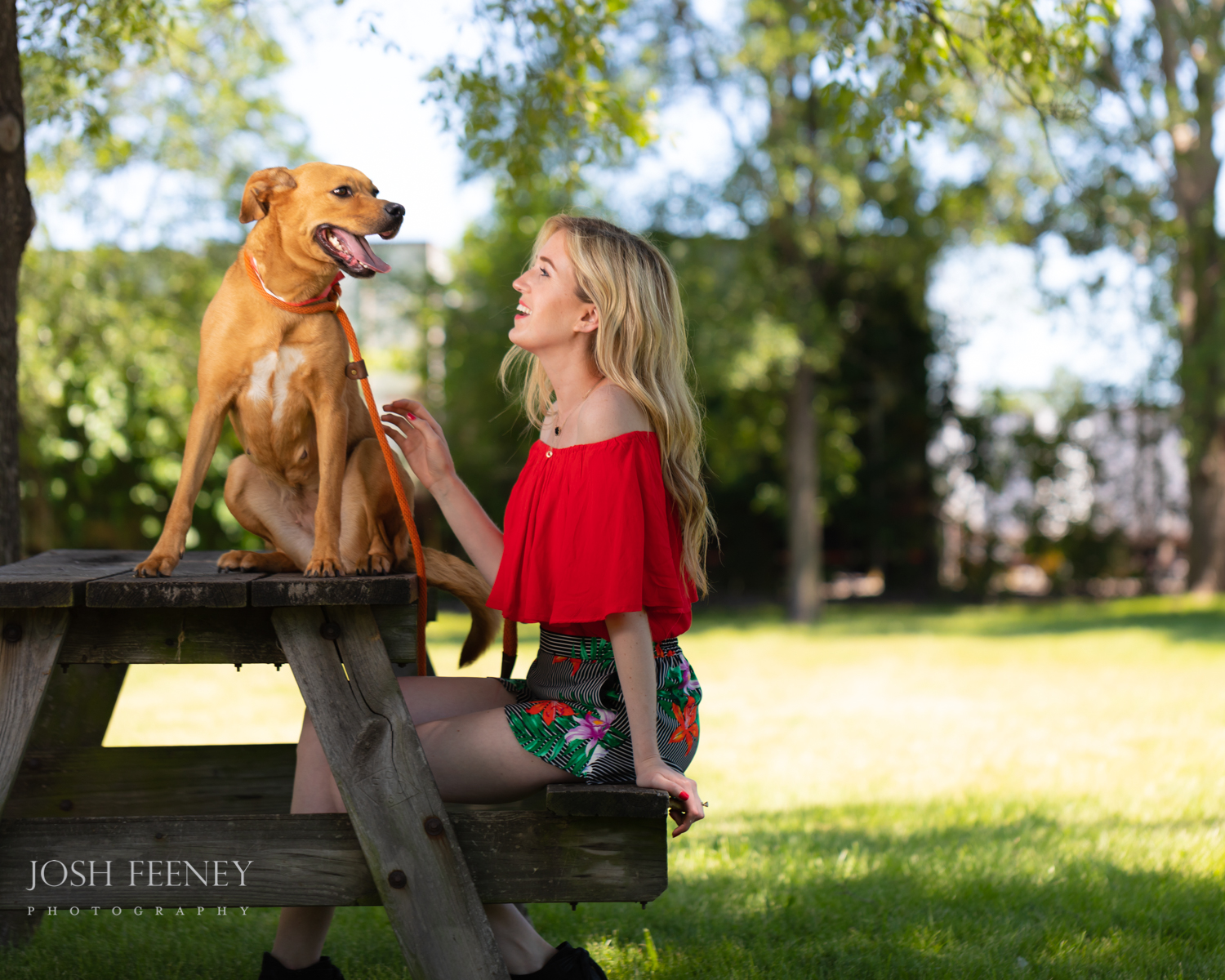 A little bit of housekeeping before we get down to serious business. Make sure to keep your pets safe and indoors for 4th of July, find all the tips here. Also, please don’t light off loud ass fireworks if you live in a residential community. Lastly, today I’m featured on Raise the Woof, my absolute favorite podcast. It was truly a pinch-me moment being interviewed by Sarah Lauch. I hope you enjoy the episode (if you don’t please don’t tell me)! Okay, business time, what the hell is happening at Chicago Animal Care & Control (CACC) and why did Susan Russell get fired.

At 6 p.m. on Friday, June 29, Susan Russell was removed as Director of CACC, our city shelter. She held the position since she was appointed by Mayor Rahm Emanuel in April 2016. You see, the Director is a political position that works for the city of Chicago. Susan was appointed during a nationwide search for a qualified candidate. The city created an advisory board comprised of animal welfare leaders to help aid in the search of the perfect candidate. Who did they select? Susan Russell.

How did she do it? While not single-handedly, Susan implemented adoptions, grew the volunteer program, eradicated the canine flu, filled vacant positions, and most importantly, increased morale at the shelter. CACC can be a sad place, but Susan’s bright demeanor and can-do attitude were contagious. She was an alley to every animal that walked into her doors, and plenty of them did. Each animal was given a chance, and yes sometimes it didn’t work out.

Critics point to dog bites at the shelter and in the homes of adopted dogs. There was an incident of an adopted dog killing the other dog living in the home. While it should never happen, perhaps it could be prevented if there were more resources at our city shelter. How do you get more resources? Funding.

CACC has a 2018 annual funding of $6.5 million, that’s less than 1% of the city’s $8.6 billion budget passed by Mayor Rahm Emanuel. For comparison sake, Austin (a no-kill city) has similar live release numbers, fewer animal intakes, but a budget of $10.7 million. That’s 65% more than Chicago’s budget (someone check my math). If there was a bigger budget, CACC could hire more staff, adoption counselors, and behaviorists to ensure the dogs that are adopted out go through proper screening and testing.

So, the question is, why did she get fired? Now, I’m not a government official (#blessed) but I do know that things here are shady. A while back, the press had a field day when Susan Russell was bitten by a dog at CACC. They berated her for euthanizing the dog. Her critics (cough, one Alderman who I won’t waste my SEO on) claimed that CACC didn’t follow proper protocols and that the dog was too quickly euthanized. False. Yesterday, the Mayor’s office finally (3 days after her removal) issued a statement saying that Susan Russell (and CACC) was “warehousing” dogs. Meaning, the Mayor’s office thought she was hanging on too long to dogs who shouldn’t be adopted.

So, she’s wrong in euthanizing a dangerous dog, but she also can’t do right by doing everything possible to rehabilitate a dog? I’m confused. 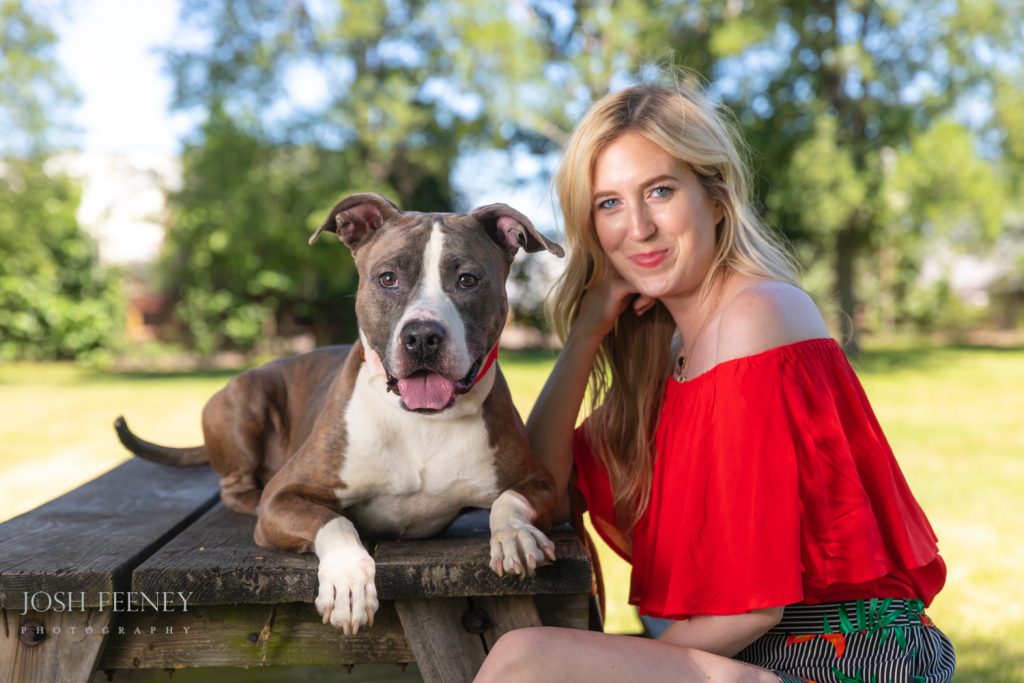 What I do know is that this Sun Times article about Susan and CACC is hot garbage. I about fell off my chair after reading the first paragraph, holy bias batman. It’s safe to say whoever the “sources” are that are attacking Susan are completely out of touch with what’s happening at the city shelter. Every time I’ve been to CACC, it’s been immaculate with each dog having its own kennel. I was so glad to see Susan herself write a beautiful response to the article that I can’t help but admire.

Susan earned the respect of the animal welfare community as Director. Almost every single organization I have worked with have only positive things to say about her. They believe in her because she has the facts to prove how valuable she is. She saved hundreds, if not thousands of lives. There is no reason that has come to light that justifies her firing.

If you’re frustrated with how this all played out (spoiler alert: you should be) there are a few things you can do. First, sign this petition, it will literally take you 37 seconds. Second, call your alderman. Here’s a listing of the phone numbers and here is exactly what you can say:

“Hi, my name is (your name) and I live in the (you ward) ward. I’m calling the Alderman’s office today because of the recent removal of Susan Russell from the Director position at Chicago Animal Care & Control. Miss Russell achieved the lowest euthanasia rates in our city’s history, eradicated the canine flu, and she created the adoption program. I would like (your alderman’s name) to urge Mayor Rahm Emanuel to reinstate Susan Russell.”

Lastly, join me TONIGHT at 7:30 p.m. at Chicago Animal Care & Control to make our voices heard. CRISP Chicago has created an rally for us to gather and demand answers. We are going to ask (cough demand) that the mayor reinstate Susan or hire a qualified, progressive replacement. Make signs, bring candles, and join us. Please leave your pets at home as there will be a lot going on and we don’t want anyone stressing out! More details here.

I know it’s a lot but if you have any questions, feel free to let me know in the comments below!

Okay so I got to shoot with photographer Josh Feeney who’s pretty much THE professional dog photographer. If you want to see the cutest action shots, follow him on Instagram. We met so many perfect pups and because CACC needs help now more than ever, I’m sharing them all. 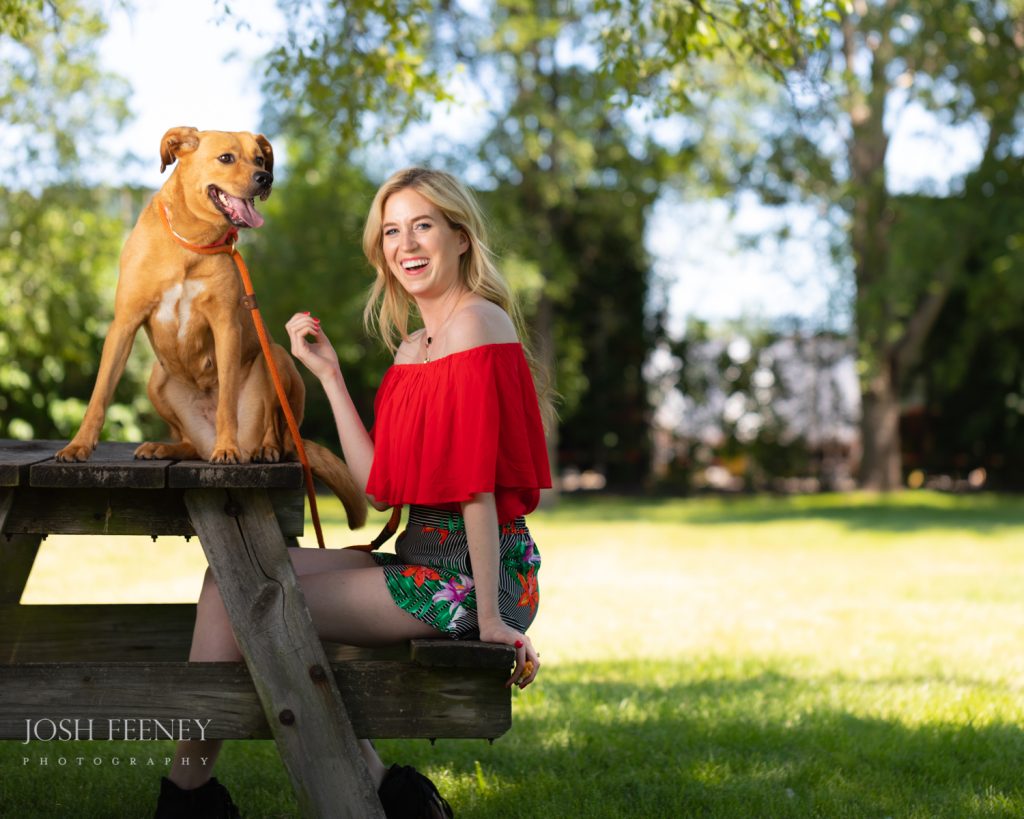 Kay – Every kiss begins with this girl, that’s for sure. It’s hard to have favorites, but she was certainly one of them. All she wanted to do was lay in Josh’s lap and give kisses. She’s basically perfect. To scoop her up, click here. 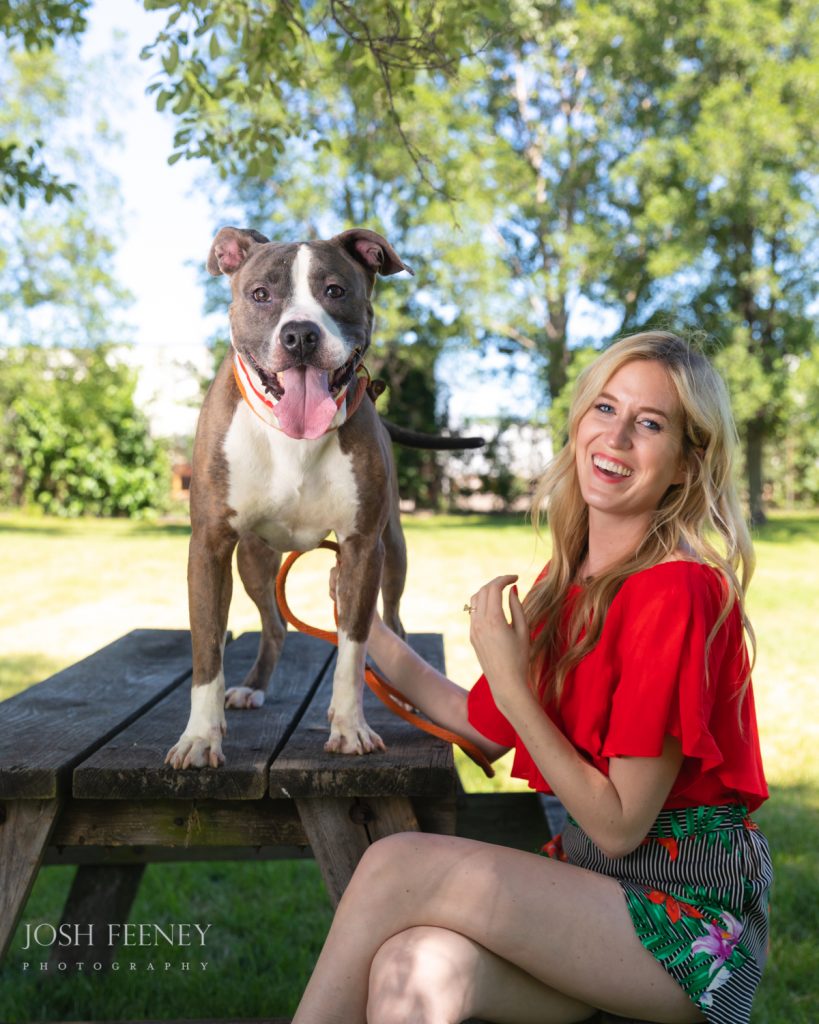 King – Okay, so you’re a bit superficial and want a good looking dog? Here, hey, hi, here is King. He’s been at CACC since April 5 for reasons unknown to me. He’s such a good boy, takes treats gently, and is a 75-pound lap dog. Get him. 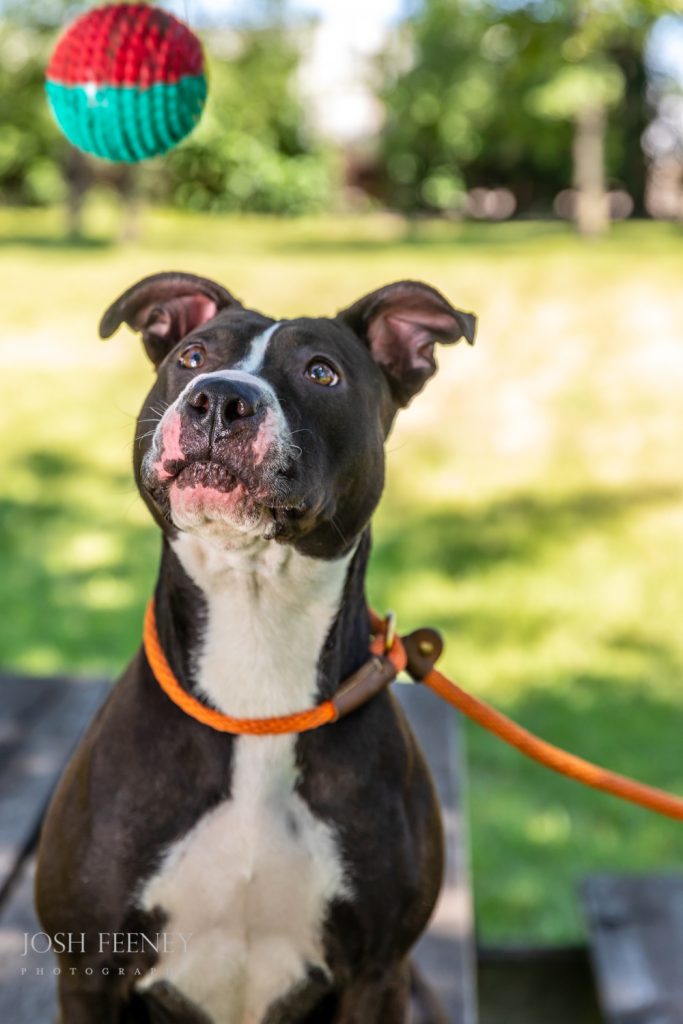 Brenda – So you want to play games, this girl does too. She loves balls, squeaky toys, and balls. She nicely lets you take the balls from her and she’s got the cutest sploot. She’s been at CACC since May so let’s bust her outta there! More details, call (312) 747-1406! 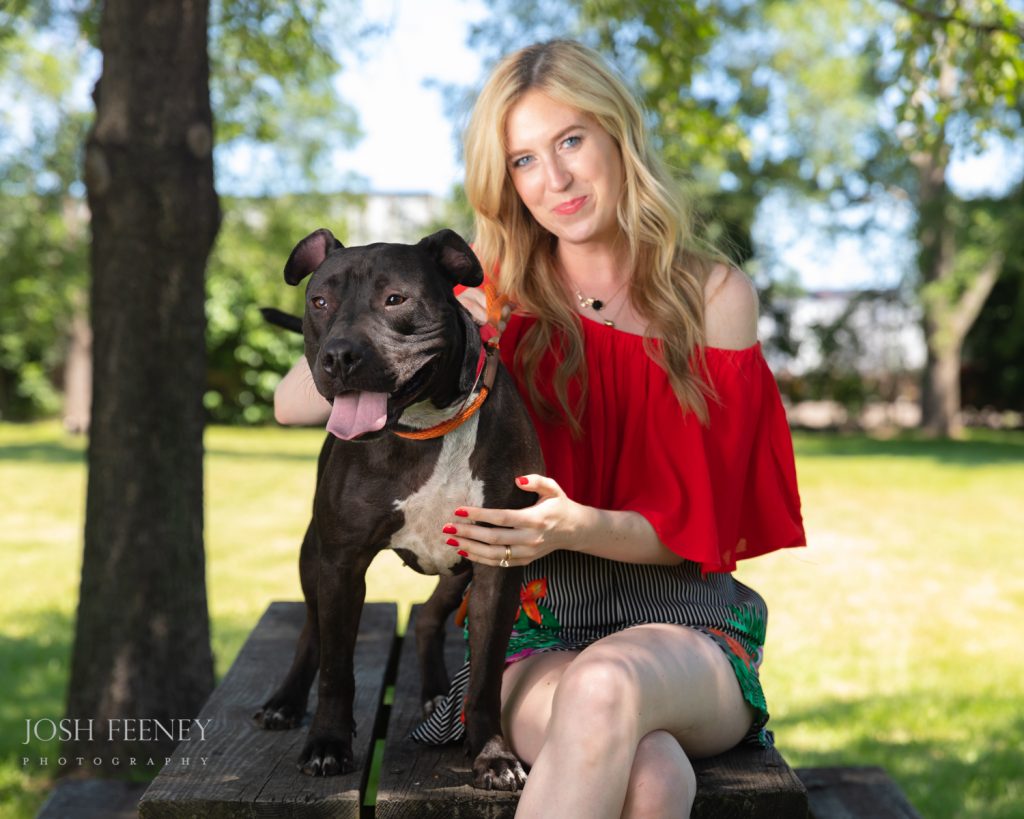 Logan – Torn between adopting a sea lion or a dog? Here’s a sea dog, at least, that’s what I think he is. He’s a goofy, young pup looking to enjoy the good life. Want the 411 on Logan? Click here. 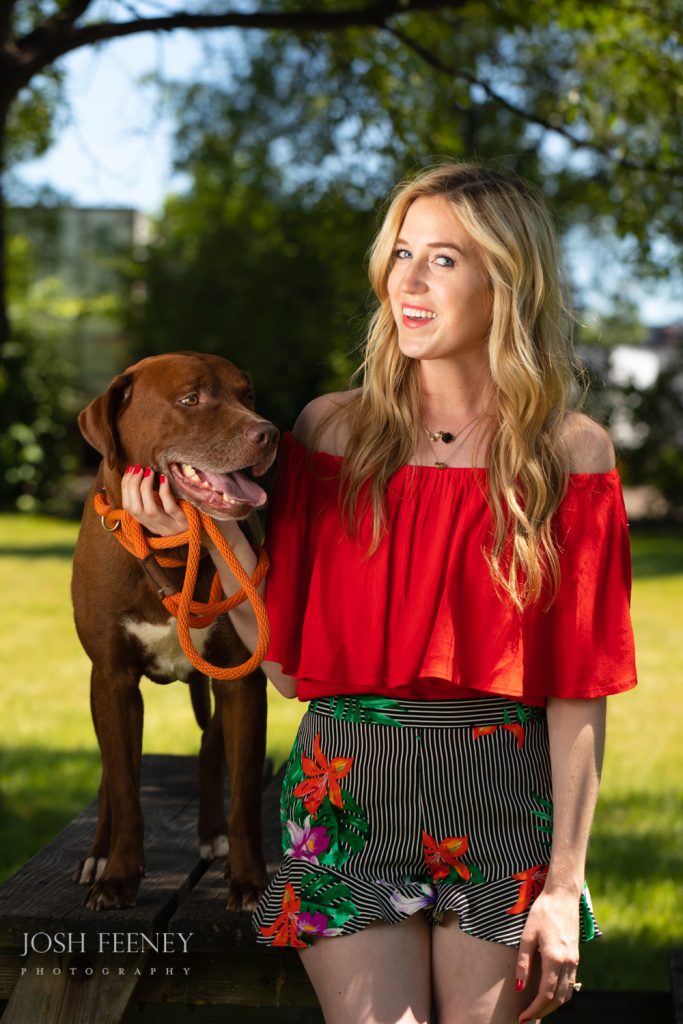 Bullet – Oh hey, a lab mix that’s the sweetest boy, why is he still at the shelter? He’s waiting for you! Bullet an 8-year-old that was surrendered to CACC on July 1. He was super sweet and lowkey. Very food motivated, very loving – call CACC for more deets – all (312) 747-1406. 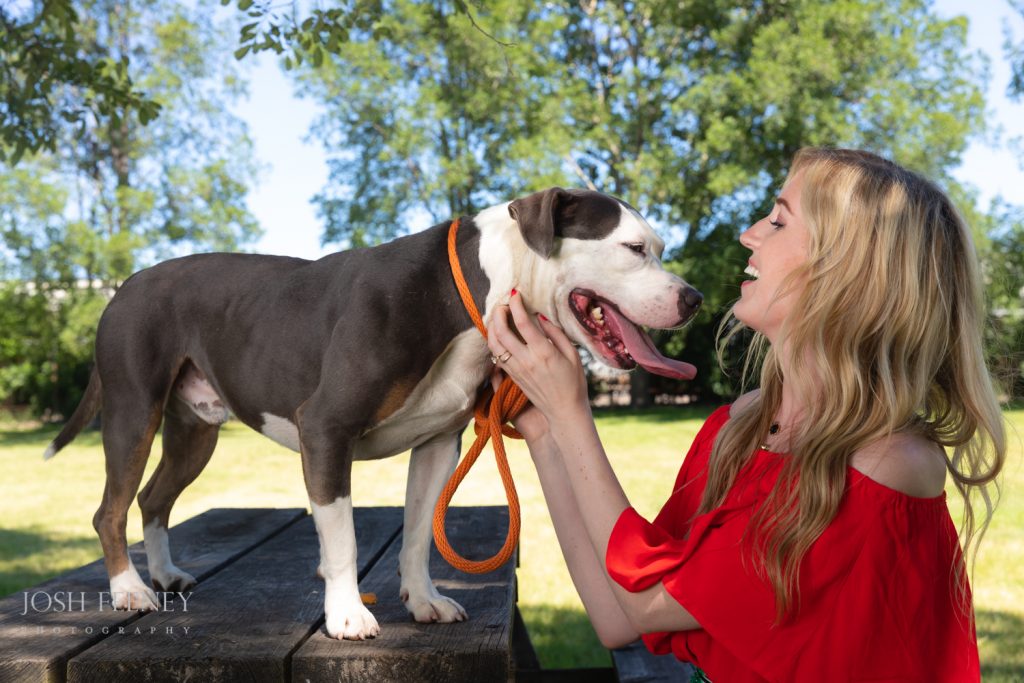 Flipper – The last pup of the day that’s built like a tank. He is beyond adorable with his stocky little body and loves attention. He gives plenty of kisses and with a little bit of positive reinforcement, he’ll be the perfect boy. Find out more about him by calling all (312) 747-1406.

Shorts are new favs from the Who What Wear line at Target, under $30 (hayyy). I paired it with an old OTS top but found a similar one linked below. Booties are my favorite but also sadly, old. Shop a similar style below!

Spread the love
Author: Christine
Filed Under: Uncategorized
the worst holiday for animal lovers.
helping pets of all abilities.