I’ve got some exciting things happening in my personal life that I hope to share with you all soon! Hint: I’ll be able to foster more animals even more comfortably. We’re currently fostering four kittens and they’re all ridiculously cute. This group has been really fun and, beyond the flea situation, I’ve enjoyed every second with them. Two are still available for adoption and I’d love to find them a home. Share them with someone who could use a kitten (or two)!

As you know, last week I was traveling in Scottsdale and while I was there, I stopped into the local Animal Care & Control. I love stopping by municipal shelters because the open-access shelters are truly a pulse of what is happening in rescue. They’re the front lines and it’s how we learn what we can do to help more animals.

Visiting shelters also gives me ideas to bring back to our own city shelter. If there’s something another county is doing that’s working, I want to be able to introduce that to CACC. Vice versa, it’s nice to be able to share things that have worked for us with the shelter I visit. It builds a sense of community when we’re all working together for a common goal.

Before visiting Scottsdale, I was in contact with Richard from Community Canine Project. His organization is dedicated to assisting municipal shelters through grants, large scale enrichment efforts, shelter support, and connecting with their community to inspire change. In some ways, Community Canine Project reminded me of Rescue Chicago mixed with Safe Humane Chicago. They’re all about positivity, inclusivity, and changing the conversation around rescue.

It’s important to note that Maricopa County has two facilities, one in Mesa and one in Phoenix. I stopped by the Mesa facility which is the older, smaller of the two. They have two shelters because their intake is just so high and the area they serve is expansive.

That is an incredibly high intake, I was blown away that their save rate was also so high. Using the same Best Friends information, CACC’s save rate in 2018 was 85.6%.

Note: Save rate is slightly different from Live Release Rate but since Best Friends uses Save Rate we’re going to stick with that to compare apples to apples. 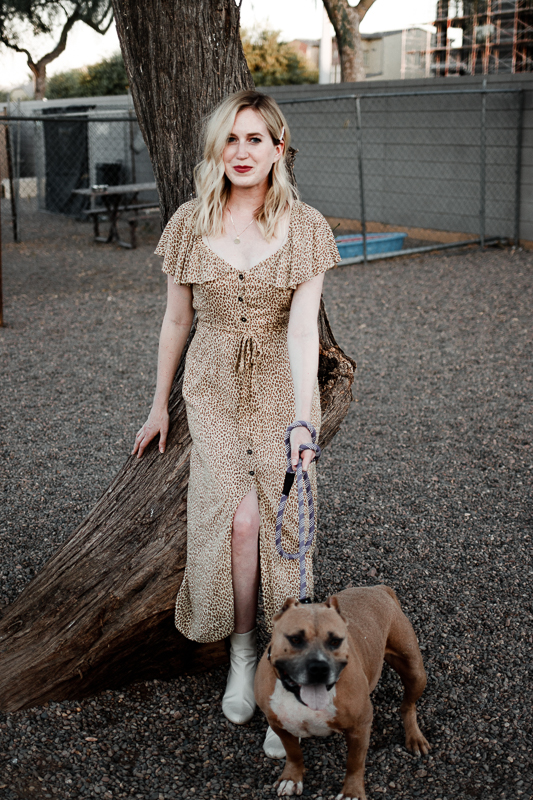 All of this information tells me a couple of things. First, Maricopa Country blows us away when it comes to adoptions. So far in 2019, they’ve had 9,067 adoptions. That means that about half of the animals that come in are adopted straight out to the public. Last year, CACC adopted out 1,892 animals or about 11.8% of its animals.

Granted, the adoption program at CACC is still new and there have been more adoptions this year than last. However, the difference is astounding. Just imagine if 50% of the animals at CACC were adopted. Things would look dramatically different.

When I asked Richard why he thought adoptions were so successful, he explained that they have a really great rescue network in the area. They all work together to get dogs adopted. Chicago also has an amazing group of rescue partners as well. I think we could work together to spotlight our local Animal Care & Control animals. Spotlighting each other’s events as well as our local animal control, it would be a win for everyone.

Another thing all this data tells me is that CACC rescue partners do an awesome job at getting animals out of the shelter. Last year, 8,959 animals were transferred to rescue partners. That means more than half of the animals that came into CACC were saved by our rescue partners. Comparatively, Maricopa County (through August this year) has transferred 3,641, or roughly 20% of its animals. It makes me so proud of our rescue community here in Chicago. 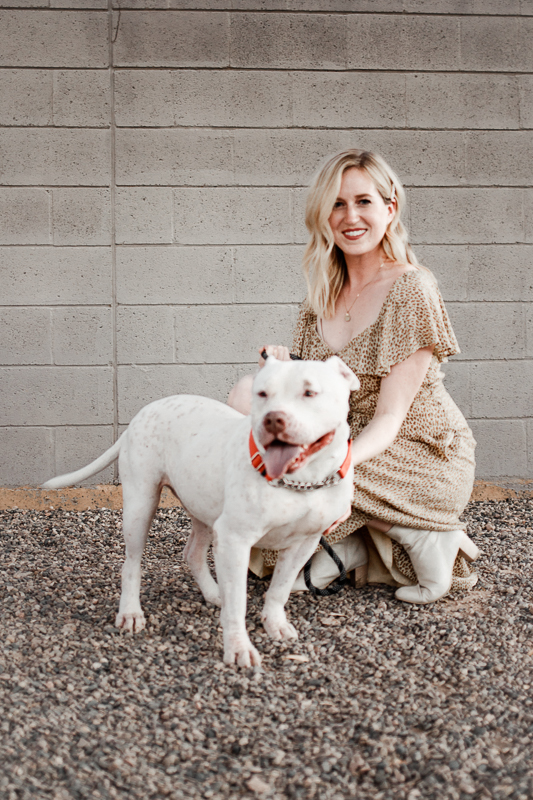 Every time I visit a shelter, I learn something new. Knowing that CACC’s adoption numbers are low compared to Philadelphia and Phoenix makes me want to work harder on ours. Visiting these places also makes me really proud of all the work that the rescues have already accomplished here in Chicago.

My visit to Maricopa County may have been short, but it was impactful. I am so thankful for people who work all over the country to save more animals. It reminds me that we are all in this together, we all have one common goal.

All of these goofy boys have been adopted since our visit. So awesome. Of course, there is no shortage of really good dogs! You can find them all here.

This dress is from Anthropologie that Johanna let me borrow. I’ve found some similar ones that I’ve shared below. These booties are from my favorite company, Bhava, which can be found here. 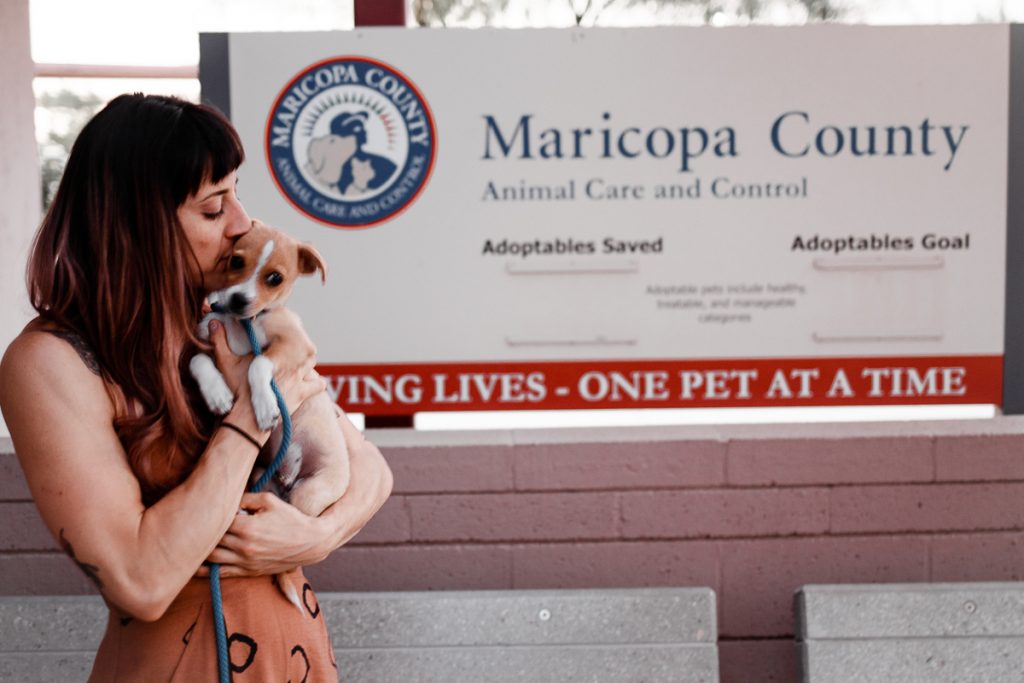 A huge thank you to my friend/stylist/photographer Johanna Bertini for trekking to the shelter with me and jumping right in to take these photos! 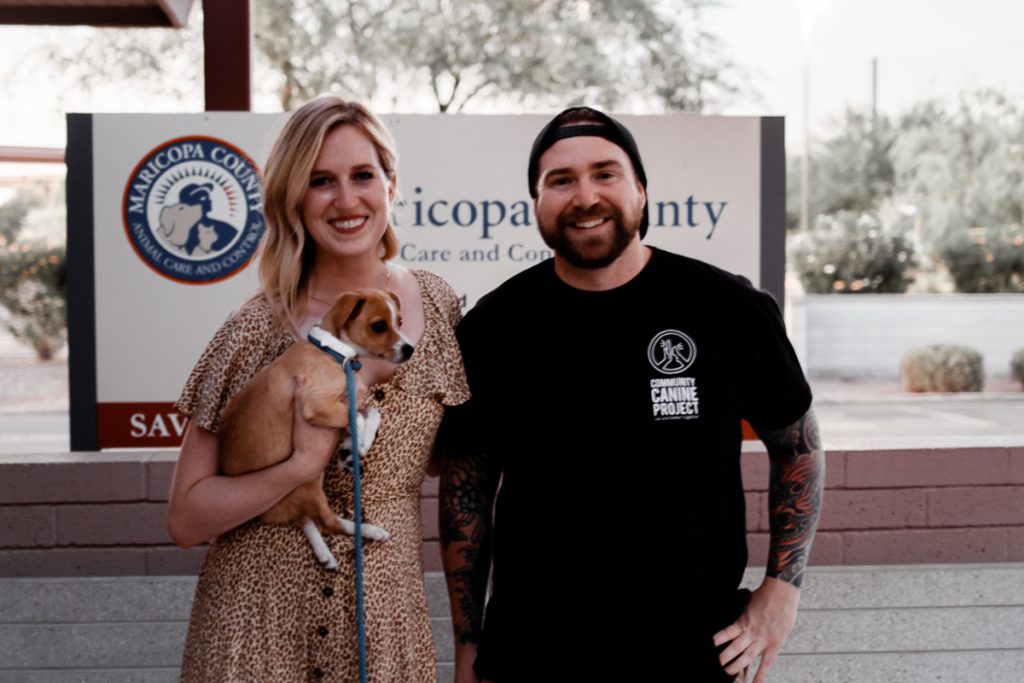 1 thought on “What Maricopa County taught me about Chicago”