what i really think of influencers. 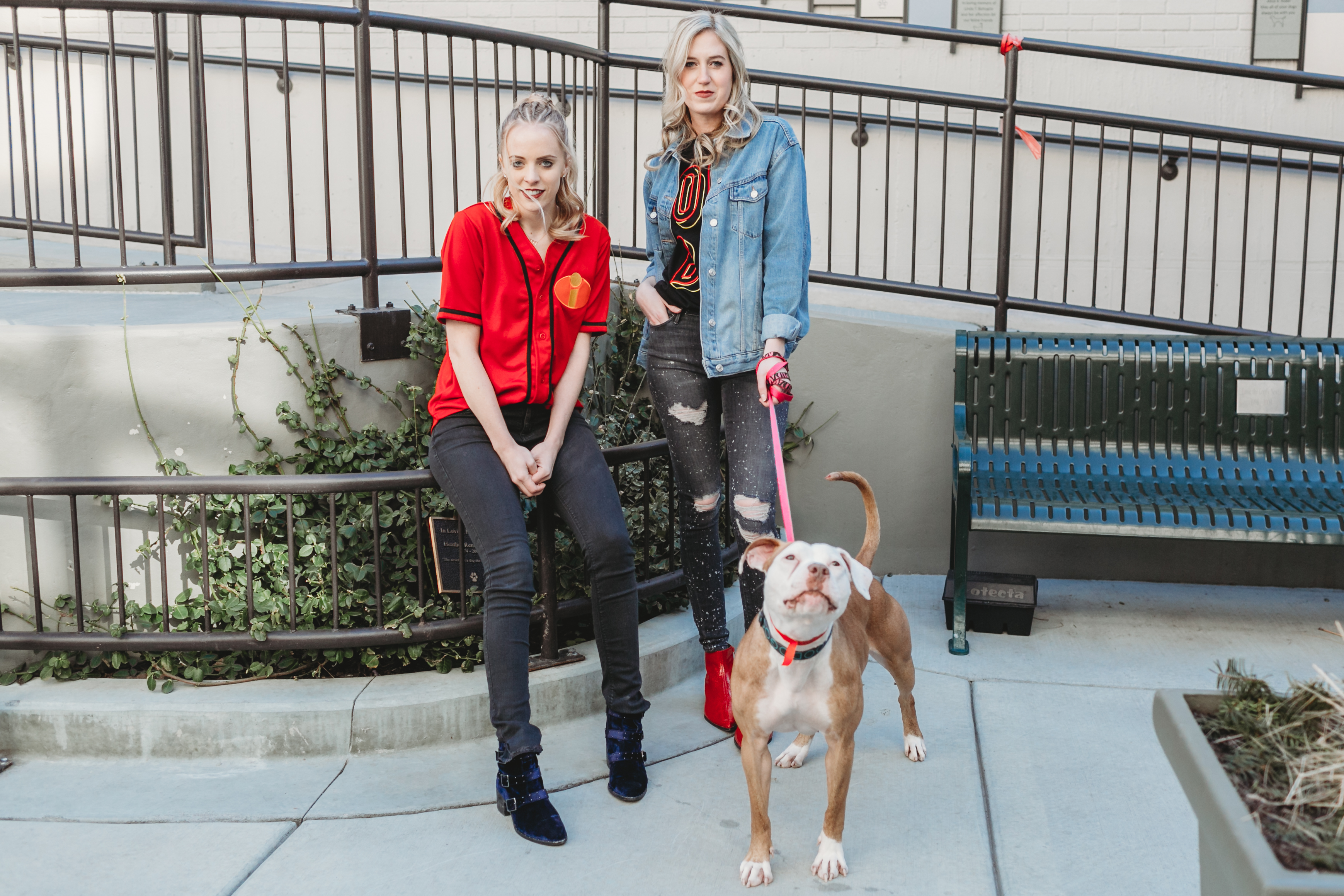 When I first started this project, I had a very vague idea of the role bloggers play in the marketing world. It was about six months in when someone referred to us as “influencers” leading me to eyeroll so hard I about fell off my chair. The term struck me as silly, self-absorbed, and egotistical, which I suppose is blogging in a nutshell. According to Forbes, an influencer is defined as, “someone who has the power to influence the perception of others or gets them to do something different.” It made me think, who is influencing me, and how?

To ignore the idea that people out there can have an impact on your choices would be naive. I mean, it doesn’t take a genius to see how much the Kardashian/Jenner crew affect trends. Kylie’s cosmetics company is on track to be a billion-dollar company by 2022, Kendall was the highest paid model of 2017, Khloe created a clothing line, and Kim, well it’s Kim. I think it would be hard to argue the point that they’re not the biggest influencers out there.

But when I think beyond celebrities (unpopular opinion: I hate the Kardashians) and think about who impacts my life, the answer is fairly obvious. My husband, friends, and family are the people I go to when I need to make decisions. I trust their opinions and believe they have my best interests at heart. They don’t necessarily influence my clothing choices or makeup, but they’ve helped shape me into who I am today.

While I follow and appreciate plenty of bloggers, a few of them have become actual friends, including this girl, Sara. She was one of the first people to reach out to me and support my mission. I was inspired by her and her store Sararose, which was PETA approved and supported the ASPCA. The store is undergoing renovations, but in the meantime, we’ve been keeping in touch and supporting one another’s efforts. 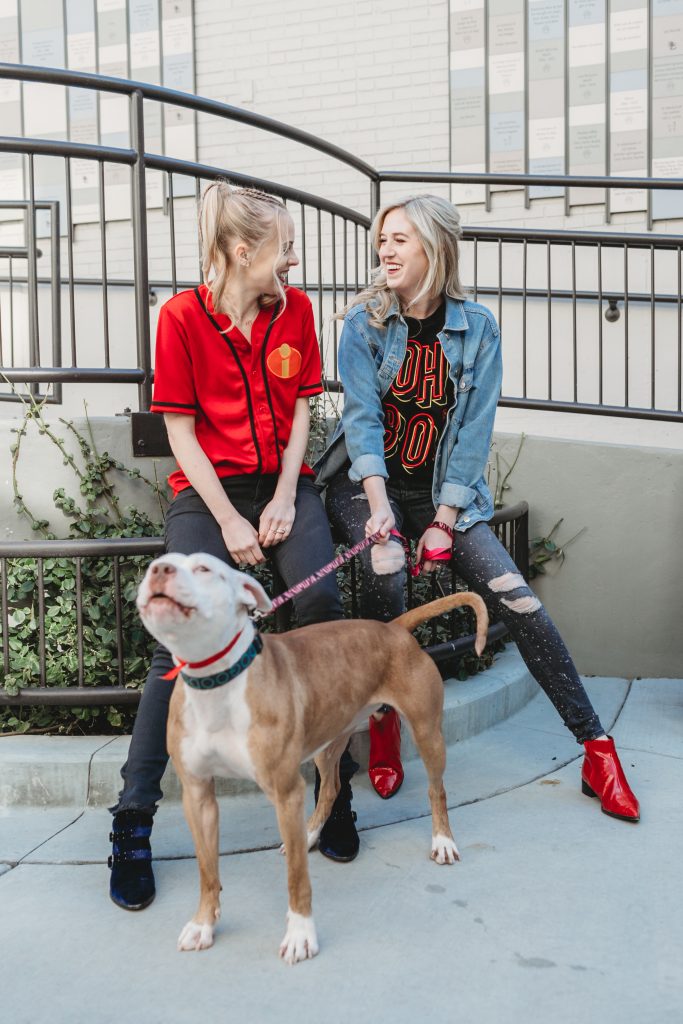 Sara was actually the one who inspired me to go vegetarian. She’s been a vegan, like forever, but it was our conversations that made me really consider giving up meat. She was never once judgemental or pushy, she never told me to do it, she just simply made it approachable. She helped me to understand that everyone’s journey is unique and we’re not all going to have the same experience. My vegetarian lifestyle can (and should) look very different from someone else’s. I still text her all the time asking for recommendations on shopping cruelty-free and meat alternatives. It’s safe to say, she’s had an influence on me.

We all like to think we make our own choices and aren’t influenced by anyone’s opinion. But is that truly something we want? Don’t we want to encourage people to make better decisions, to be better people, and make this world a better place? Sure, call me naive, but I like to think that we can sway others around us for the better. I mean, maybe I’m not having an impact on your style, but I hope to be influencing everyone’s decisions when it comes to adding a furry family member.

Who’s been a big influence in your life? How specifically did they impact you? Let me know in the comments below! 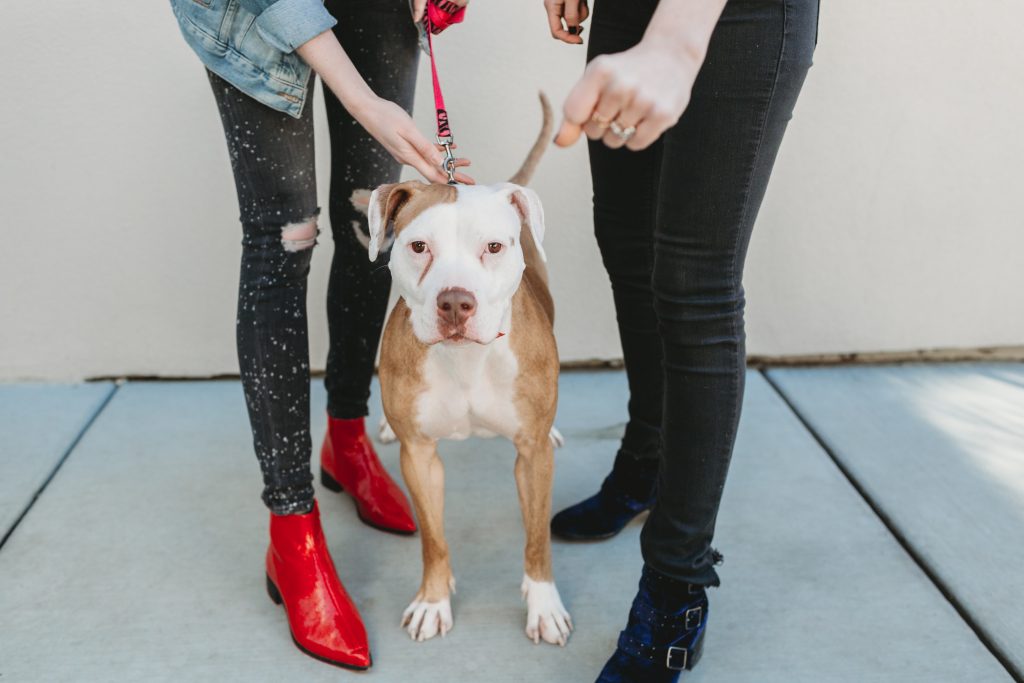 Meet Lily. This sweet pittie mix has a terrible cage presence. Her size and bark will make you wonder if you can handle her on a leash. Well, yes she’s strong, but beyond that, she’s an angel. She’s a little over two years and she actually has pretty good manners. In fact, she was the most well-behaved dog we met that day. She’d do well in an active home and because of her size and strength, she’d be best without young children. To learn more about Lily, click here.

Sara not only is a fashion blogger, she also has a passion for all things Disney and created DressedInDisney. Between Incredibles 2 coming out this week and my love for Mickey Mouse, we had a blast with the theme. This t-shirt is from Mainstreet Press and was giving me all the 90 nostalgia vibes. I paired it with these new jeans I just got that I love (run true to size), red booties, and jean jacket. Channeling Spring so hard. Shop the look below!

Spread the love
Author: Christine
Filed Under: Anti-Cruelty Society, Personal Posts
the most important kind of love.
the pros and cons of bonded pairs.