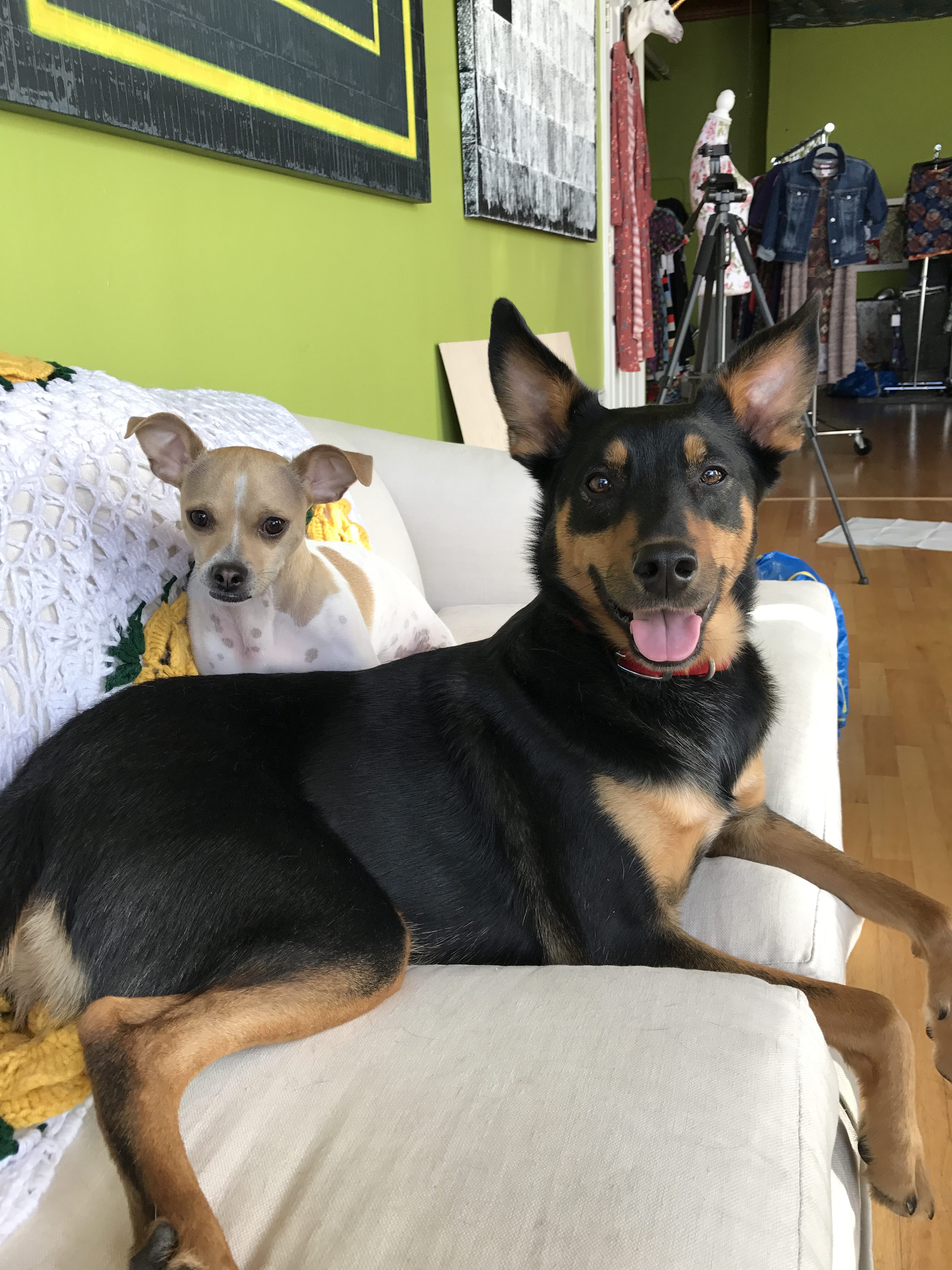 Happy Friday!! You know what time it is… Rescue Confessions time! This week, it’s all about Chewie. I know his mom Erin through the blogging world and met when we went together to Anti-Cruelty Society. She’s a fashion and lifestyle blogger who’s always been so supportive. She was one of my first followers! So when Rescue Confessions started, I knew Chewie needed to be spotlighted! 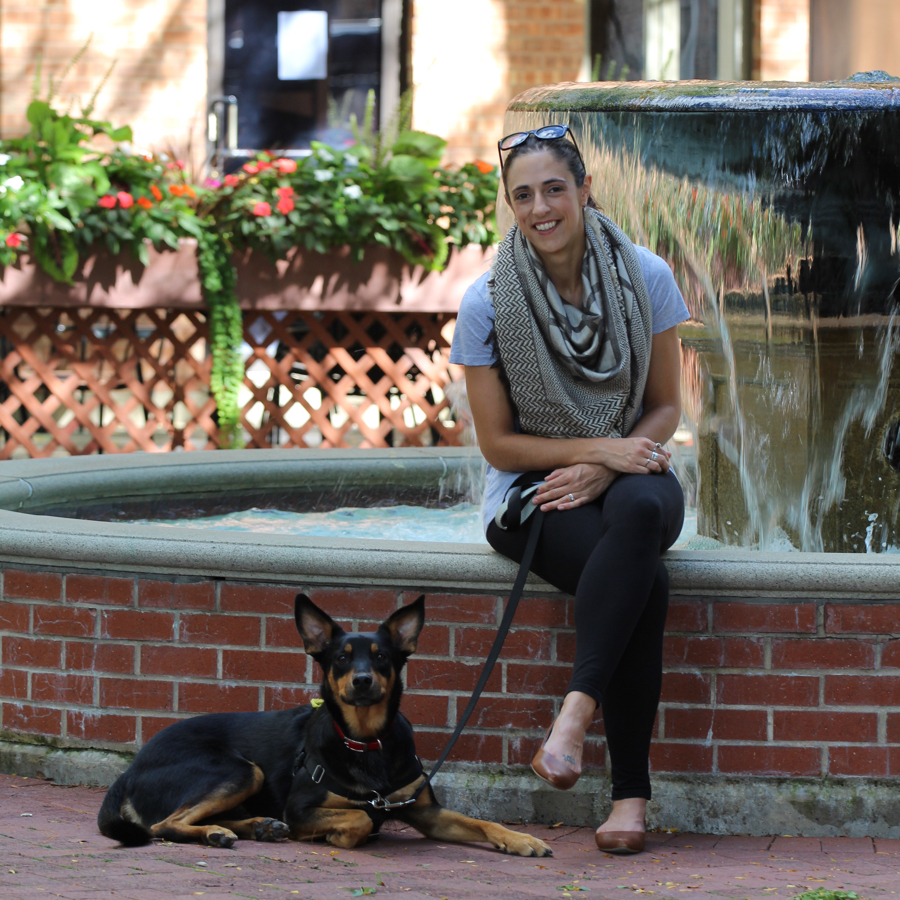 Chewie, aka Woof Dog, Goofer, Goofer Pup, or Chewie Dog is a 4-year old German Shepherd/Australian Cattle Dog mix. And, yes, he’s named after Chewbacca from Star Wars. In fact, that’s the name he had when we met him. Apparently, his mom was Leia and his siblings were Jedi and Luke! My husband’s a huge Star Wars fan so it we felt it was appropriate to stick with Chewie.

After being dog-less for several years, I finally convinced my husband it was time for another dog in June 2014. I’d banned myself from looking at Petfinder for a few years but eventually, I couldn’t stay away. We asked our landlord who said we could have a dog…provided it was under 40 pounds. Well, I knew I wanted either a German Shepherd or a Golden Retriever but neither of those is under 40 pounds. So, a mix it was! I found this 35 pound, 8-month-old GSD/Cattle Dog mix on PetFinder named Chewie and I figured it was fate!

We met in person at a PetSmart in Chicago’s south suburbs when the Australian Cattle Dog Rescue of Illinois was there with him. He was being a total goof in his cage. We took him out and, while he was more interested in exploring (and peeing) than he was with being petted or cuddling, I was smitten. We couldn’t take him home that day, but the next weekend he was ours!

In college, I volunteered at a no-kill shelter and fell in love with two dogs that had been at the shelter for a long time. I ended up adopting one of them as soon as I graduated. I’m a sucker for a sob story and I wanted an adult dog. Chewie, whom we adopted at 8 months, was the youngest dog we’d ever adopted! Senior dogs and dogs with issues just pull at my heartstrings. I want to bring them all home!

To be honest, it was his ears and his name that won me over. Turns out he has some behavior issues that we have to work with, but he could not be more loving with the people whom he considers his pack. Oh, he also blew past that 40-pound weight limit! He actually weighs 50 pounds now, but thankfully our old landlord never met him and our current landlord doesn’t care.

No dog is perfect and it’s not all Kodak moments. They will test your patience but most of the time they make up for it with the most amazing love. No matter how old your new puppy is (they’re always puppies, no matter how old they really are) take them to obedience class and don’t be afraid to ask for a behaviorist consult, either. Although you never know what you’re going to get behavior-wise, you know you’re going to get unconditional love.

Chewie takes a long time to learn to trust other people and it’s taken years of constant, positive interactions with our friends for him to be okay with those people coming to our house. We learned A LOT about dog anxiety, fear-based aggression, and behavior molding in his first few years. There are still situations where he’s not comfortable, but thankfully he loves other dogs! If there’s another dog in the picture he’s happy as a clam.

Also, he’s our first dog that loves the water! Once he realized he could get in the kiddie pool at the dog park we knew he’d found his happy place. Now it’s our summer ritual: I take him for a run, I get coffee at the farmer’s market, we walk home and he gets in his pool. Ah, to be a dog! 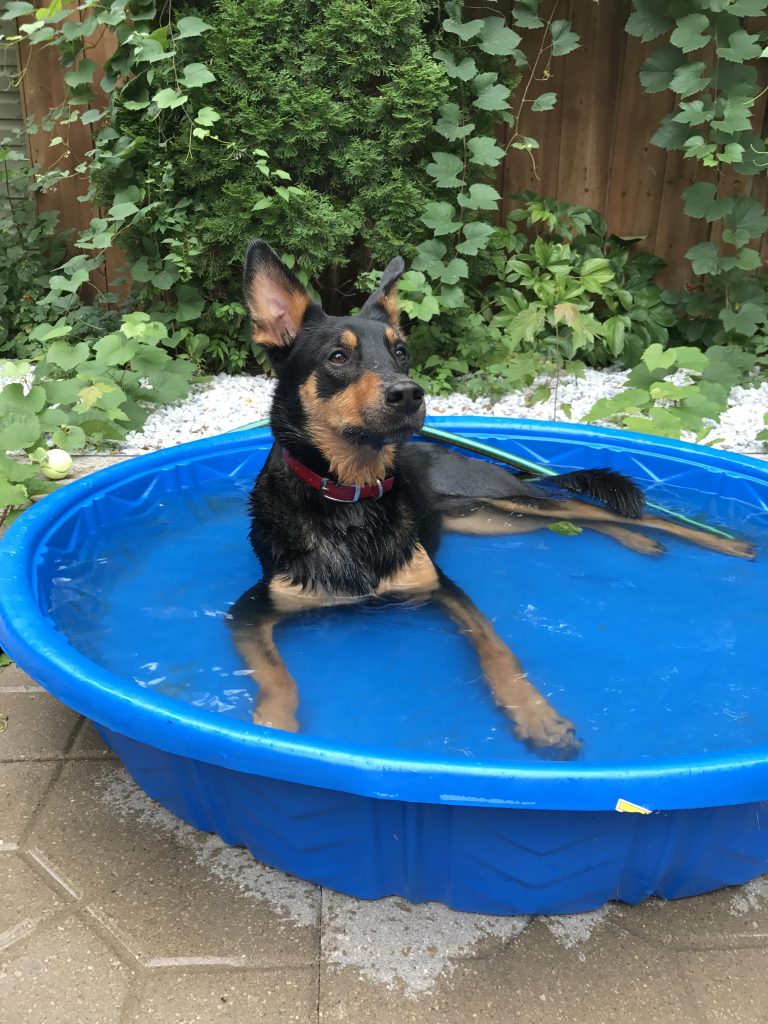 My mom and dad call it a tribble. It’s a big, stuffed, furry ball with eyes and I love it. It’s the only toy I don’t try to destroy.

I taught myself how to open the door into our apartment. Still working on letting myself out, though….

My mom is not impressed that when dads says “Where’s Erin??” I run and jump on her. I’m not sure why. I just love her so much!

Squirrels! It’s just too bad they always escape up the trees.

Toss-up between mom and dad’s bed and the couch in the living room. I’m a total homebody and just want to be home with my humans.

My toys explode. I’m not sure what happens. I mean, I’m just playing with them and then there’s white fluff everywhere. I can’t explain it.

And there you have it. A Star Wars pup with out of this galaxy ears (see what I did there?!). Catch you back here next week for another round of Rescue Confessions! 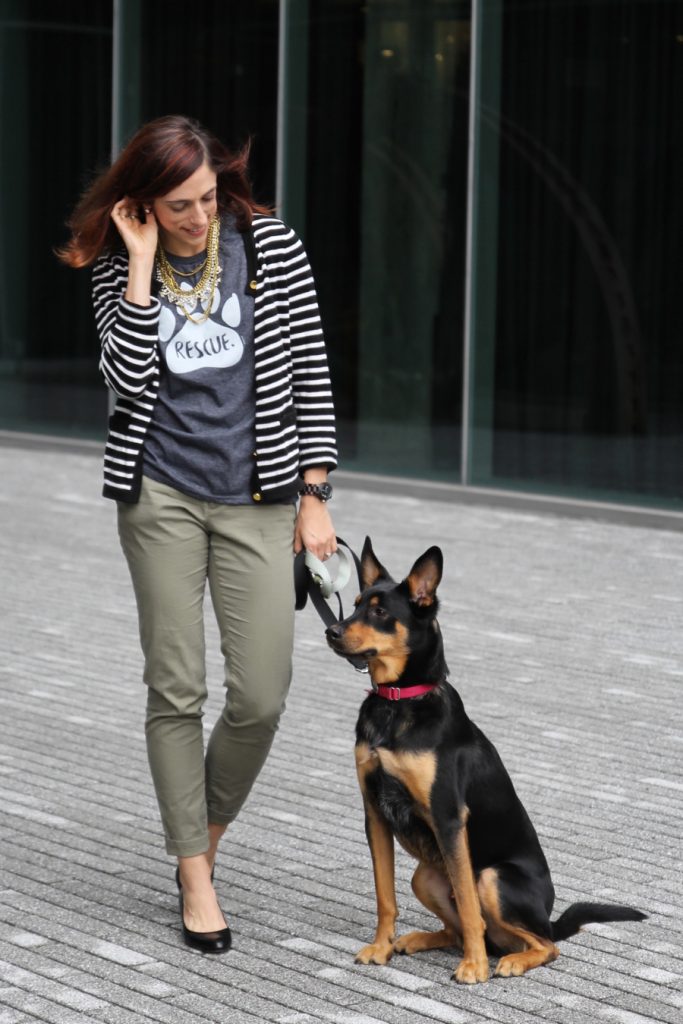 Spread the love
Author: Christine
Filed Under: Uncategorized
why events matter.
why I panicked in nyc.