I wanted to thank everyone for their kind words and support yesterday. It’s always hard putting yourself out there and being vulnerable, but I’m happy to do it if it helps change the conversation around mental health. I am having a much better day today and I’m ready to head to CRISP and help some deserving dogs. Speaking of deserving dogs… meet my nephew Diesel! This week’s Rescue Confession.

I became an aunt almost four years ago when my brother announced he brought home a boy from Anti-Cruelty Society. He’s the snuggliest dog I know, always wanting to be right where you are and as close to you as possible. He might be 80 lbs, but that doesn’t stop him from living the lapdog life. So, without further ado, let’s meet Diesel! 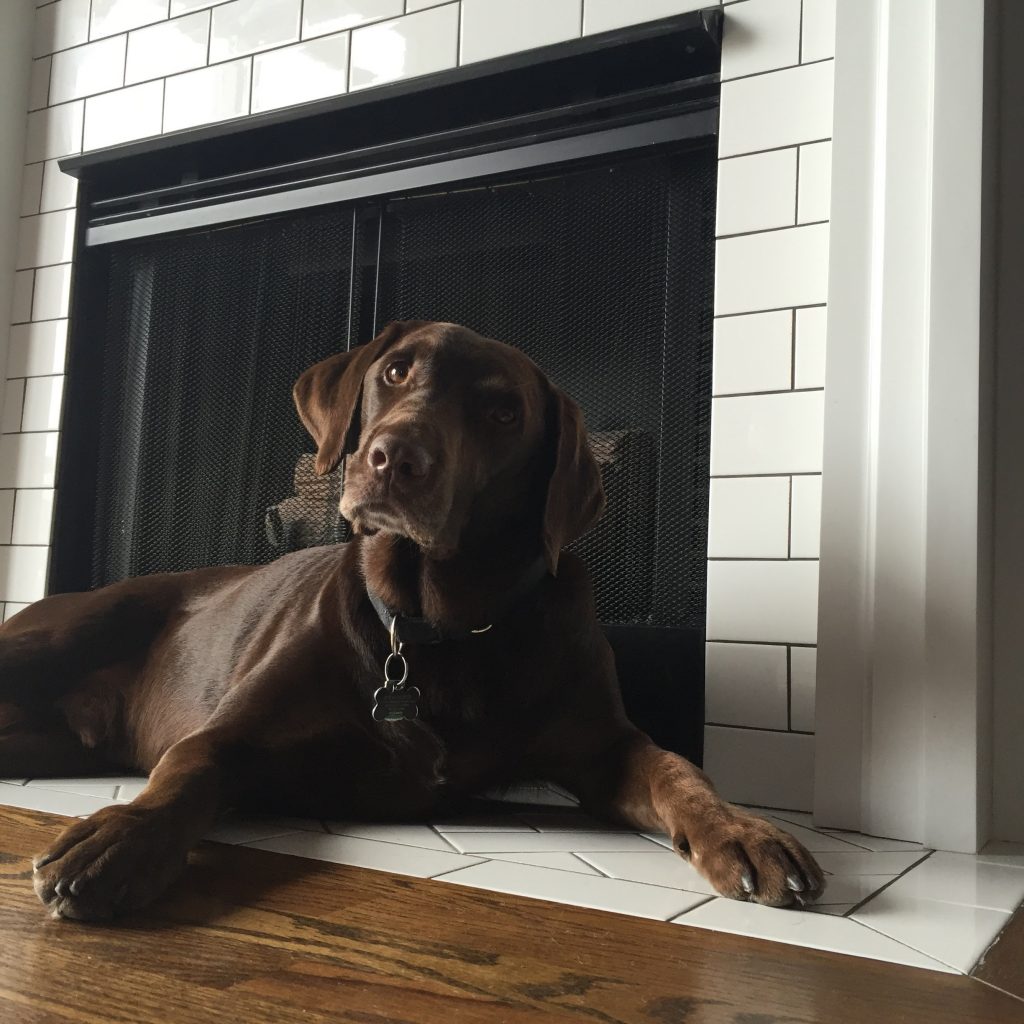 We first saw Diesel on the Anti-Cruelty website. The next day Stephen went and got him, I received text/picture of him sitting in the living room. We haven’t regretted the decision since!

I grew up with a rescue dog from the local humane society that was a very important part of my family (and probably my parents’ favorite child) so I knew when the time came to get my own dog, adopting would be the only way. Stephen wanted to give a good home to a dog that had a rough start; adopting an older dog was important to him.

Stephen went and met Diesel and took him for a short walk. After returning from the walk and putting Diesel back in the kennel, Diesel jumped up and whined as he was leaving the room, so Stephen knew he had to take him. On the way home from Anti-Cruelty, Diesel almost killed both of them by jumping on Stephen’s lap while he was driving home. He’s been Stephen’s best friend since that day.

Do it! Adopting is very rewarding, and there is nothing better than doggie snuggles, but also be ready for the responsibility that committing to a pet that is completely dependent on you brings. We weren’t completely prepared, but caught up fast!

Be patient and don’t give up! When we brought Diesel home there were a number of issues we had to work through, including Diesel learning how to “dog” properly (he had a rough start), separation anxiety, and leash reactivity towards certain dogs. There were times we thought we were in over our heads, but thanks to a great trainer, dog sitters so he’s not left alone, dog daycare so he learns to socialize, and most importantly, time, we’ve been able to work through the issues.

Also: Pet insurance. Diesel is accident and illness-prone, to say the least. Good pet insurance has helped us save money when the unexpected accidents and illnesses have happened. 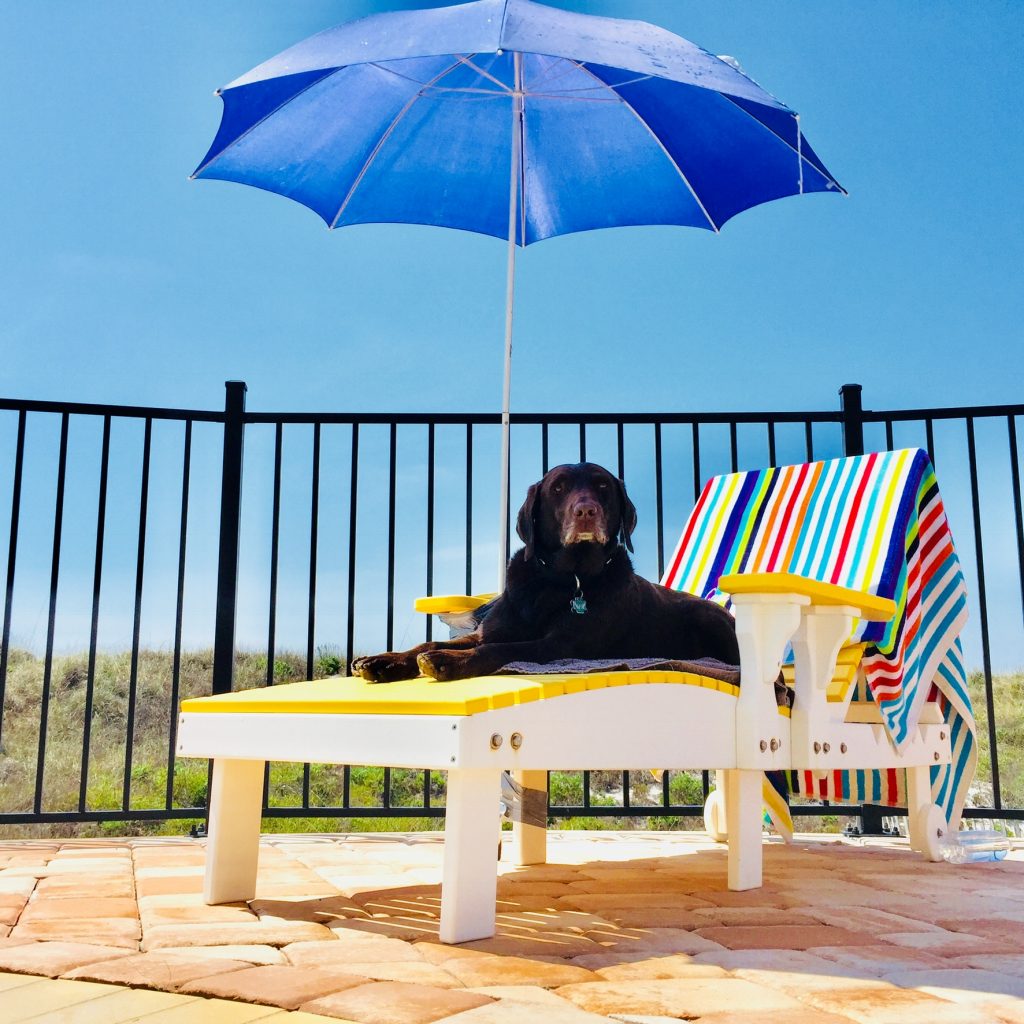 Anything with a squeaker, although they don’t last very long (good thing for BarkBox!)

I can shake, high five, and find my ball.

I’m an alarm clock. I know exactly when to come in and shake my ears in the morning – including the weekends, and when it’s time to beg for a nighttime treat!

Any place with water I can swim in, or a field I can run in.

I try and help them cook in the kitchen, but really I’m just lying exactly where they need to be. 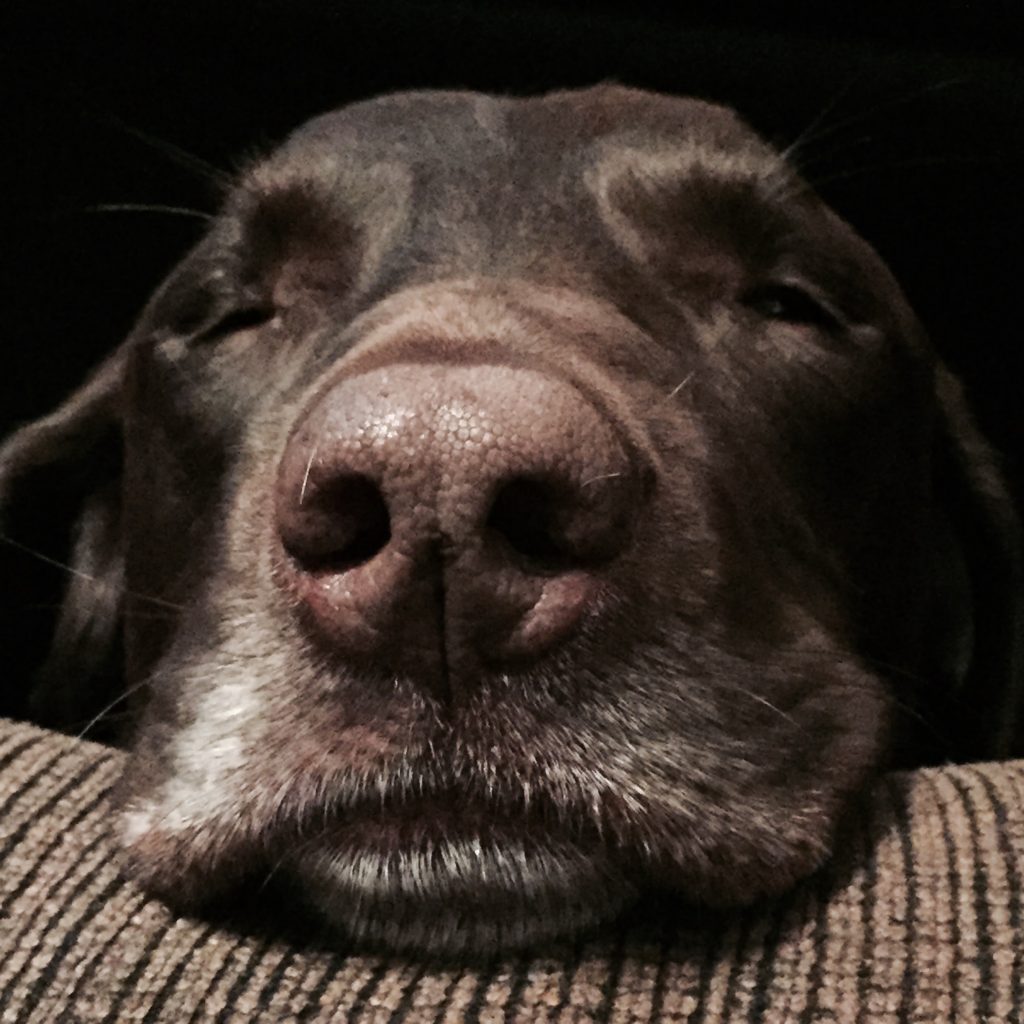 Diesel is such a good boy, he seriously won the lottery with my brother and sister in law. Recently, he gave us all a scare at the emergency room. He was in very bad shape and the vets weren’t sure he was going to pull through. Luckily, after a blood transfusion and five nights in the ER, he rebounded and we are all so grateful for it. He’s back to his happy, goofy self and he’s now the favorite in the family.

Steve and Megan (and Diesel) were the ones who encouraged us to get insurance for Rawlings, and later Roni and Cheese. They are being very real when they say that insurance has saved them thousands of dollars. Here’s a bit more on health insurance!

Anyways, have a fantastic weekend and we will see you back here on Rescue Confessions next Friday!