This is the most Monday feeling Friday ever, does anyone else feel so screwed up with the holiday on Wednesday? Alas, we made it to the weekend and more importantly, a new Rescue Confessions! We skipped last week so this week I am bringing you someone extra special, Jeff, Cooper Wonder, and Maui.

I met Jeff back in November when I was shooting with Designer Share and Anti-Cruelty Society. Jeff volunteered to help ACS bring dogs on location to our shoot. Since then, Jeff has remained a major asset to ACS as a foster dad. Recently, he fostered a boy named Maui who was all sorts of awesome. Maui was shutting down in the shelter setting so Jeff brought him into his home to destress and flouris. Jeff has a lot of experience and I knew he’d have plenty of wisdom to share. Let’s get started! 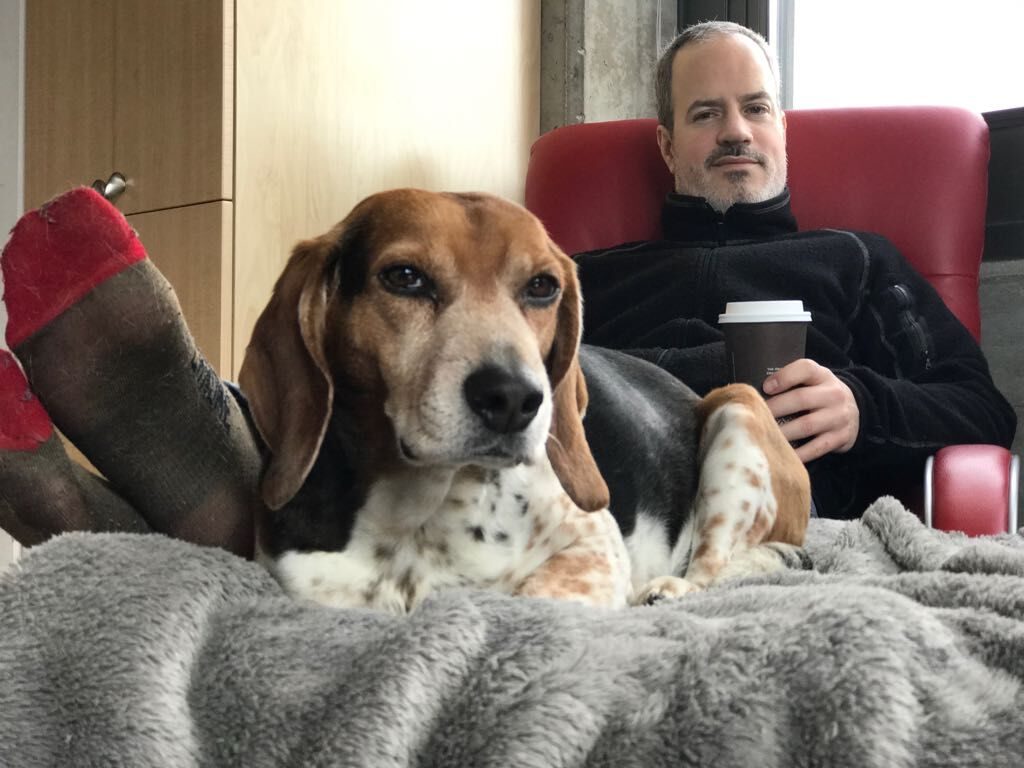 At the Anti-Cruelty Society. At my previous job, a friend in the office would bring her dog Cookie into work – I loved that pup – so playful. My friend was sneaky one day and said “let’s go to lunch” so we left – on the way there she had to ‘stop off’ to ‘check something’ at Anti-Cruelty. Once she got me in the door she knew it was all over – I would eventually adopt. Over the next few days, my friend sent me pup profiles from Petango and Cooper stood out.

I’d say Cooper adopted me – that’s how it should be at least. I never had a pup growing up or in early adult life – when I adopted Cooper I was already almost 40. The idea of adoption at the time was daunting – do I have enough time? What if I go out of town? Once we met I simply fell in love with him, Cooper falling in love with me took much longer but I knew I wanted to commit to giving him the best life possible. All of those initial obstacles I worried about simply never mattered. Not because they didn’t come up, but because when they did we just figured it out.

The first time I went to visit him at ACS all the pups were barking – a staff member walked up and asked if I was for looking a specific pup. I said ‘Cooper’ and the staff member pointed out I was standing right in front of his kennel – he was the only one not barking. I visited him three times to visit and on December 30, 2010, we adopted each other.

You recently fostered a dog, tell us about that. 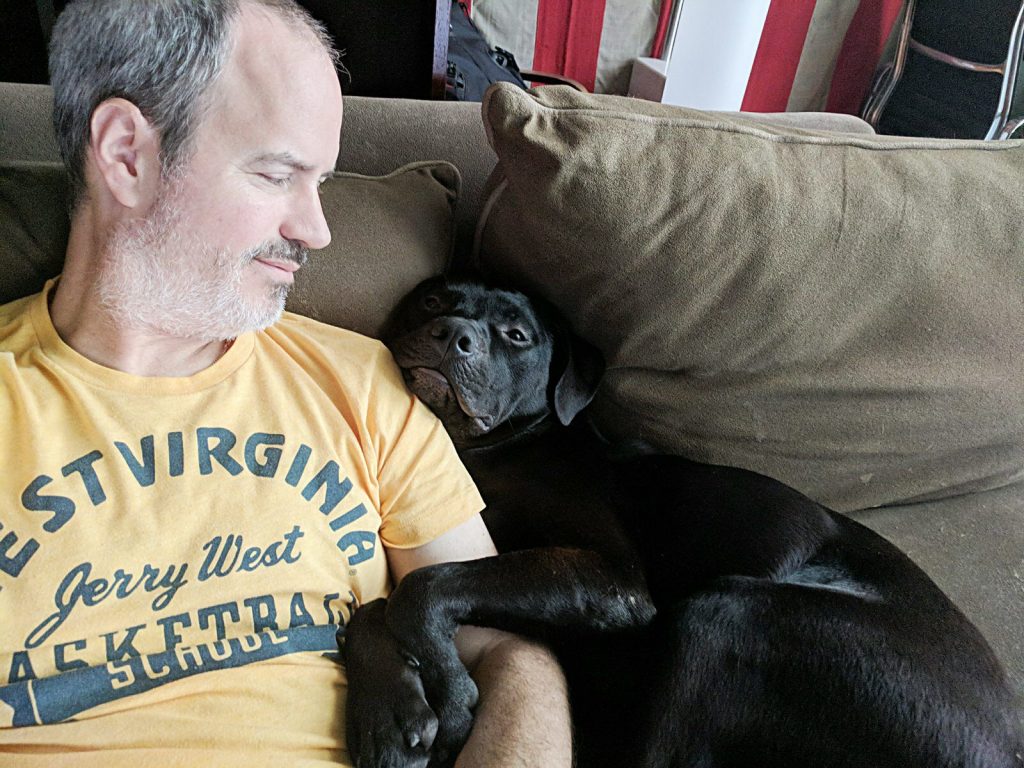 I never thought I would be a foster but this sweet pup at ACS was deteriorating rapidly and I found myself as the best option to assist in a foster situation. His name was Maui.

It started the first night as “how can I possibly do this?” and progressing 5 weeks later to “how can I possibly let this boy go?” It taught me so much about the changes that are possible for a pup in a home versus in a shelter environment. ACS is so wonderful to animals in their care but some pups simply have a hard time handling the in-kennel environment. A foster environment allowed Maui to thrive and show his wonderful adoptable behaviors – he was adopted June 18, 2018!

(PS: If you want a good cry, check out the story Jeff wrote about Maui and their journey together. Happy tears.) 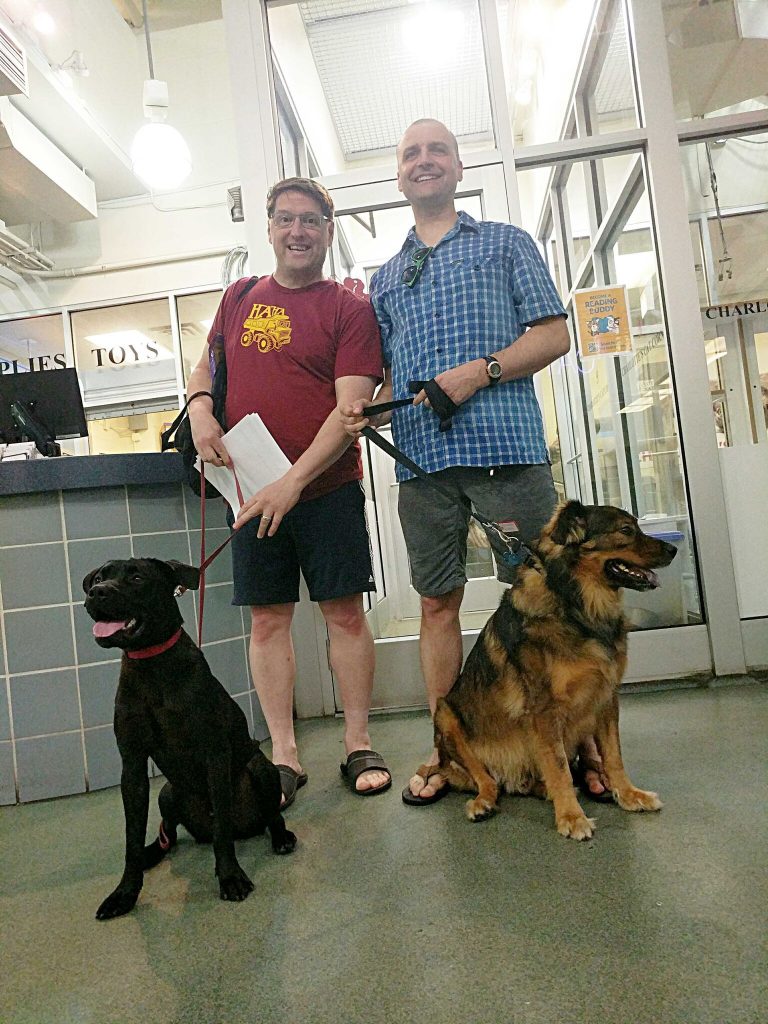 Think about the times/situations that will be the ‘hard’ part of having a pup – the 3 am diarrhea walks in the winter, trips (and $) to the vet, training commitments to address that or issue of leash pulling or ???…..and if you can accept and embrace those responsibilities then you are ready because all of the fun things are easy to think about and enjoy.

It’s all about the connection you have and the commitment you make – never adopt simply to ‘save’ an animal. It needs to be the right decision for you, for the pup, and for the situation, for life.

Start strong and admit that you need to be trained as much as your new pup does. There is so much to learn but starting with the basics builds confidence for both mutt & human and will grow from there. Good habits learned early will last a lifetime but so will the bad habits if not addressed.

…and embrace all of the goofiness of being a pup parent- talk to them and play without caring about how you look or sound – the pup doesn’t, they’ll just love you for you, and it’s the best feeling you’ll ever have. 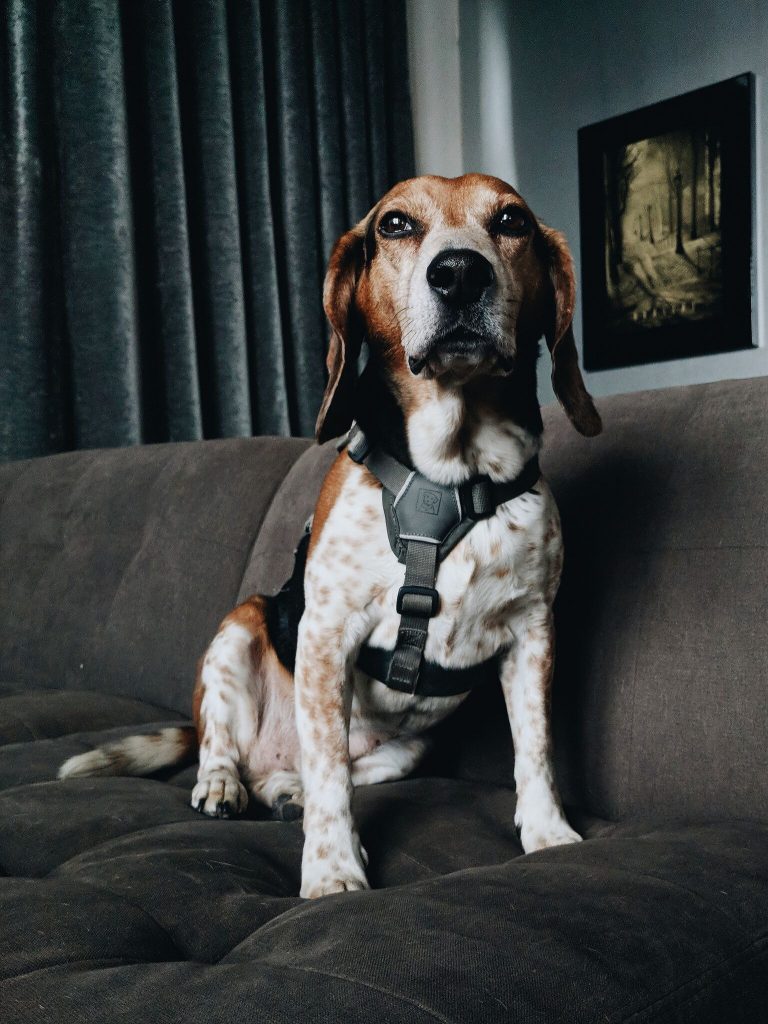 Everything I do has a high degree of impressiveness

In bed, under the covers, in winter, at moms

It drives my mom/dad the craziest when…

I dawdle like a defiant beagle, but they accept me for who I am.

My dad tried to dress me up once. Once. 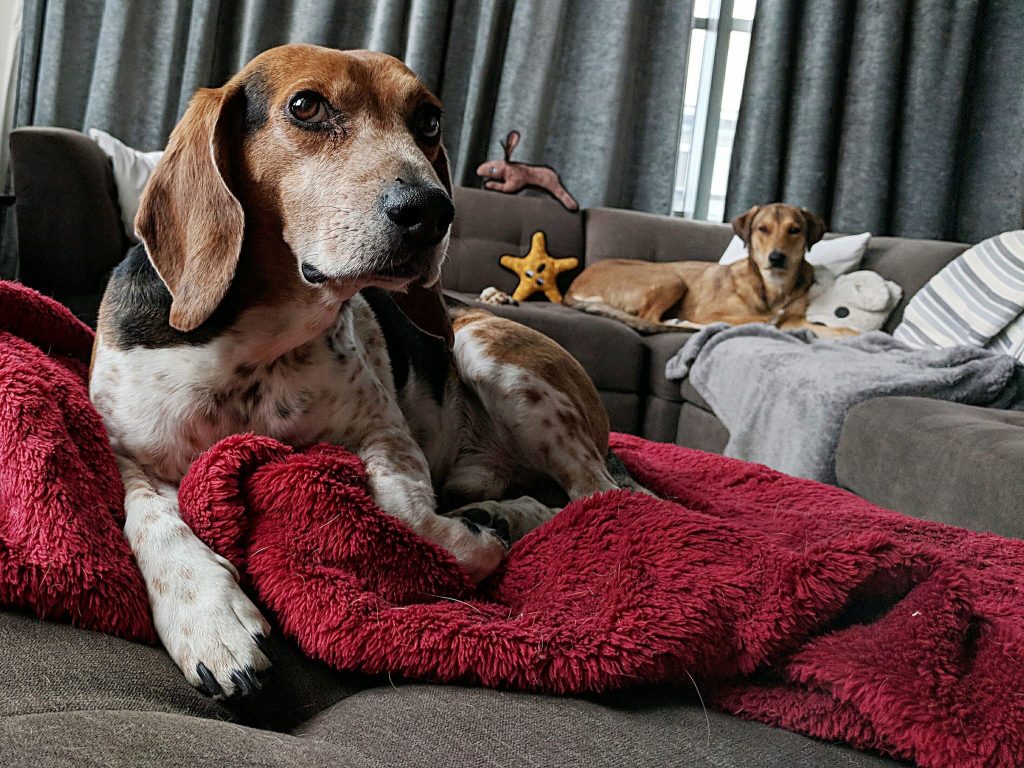 You guys need to read the full story of Maui and how Jeff truly saved his life. I’m so inspired by the story and his devotion to both Maui and Cooper.

I hope you all have a very safe and fun weekend! PS, I’ll be working the Parvo Prevention Clinic tomorrow so if your dog needs a vaccine, stop by!

See you next week,