Guess how many cats are currently in our home right now. If you guessed seven, you’d be correct. If you guessed I’m nuts, you’re also not wrong. We’re currently fostering some kittens that originally had ringworm. My friend Jon Davis took them in six weeks ago and has diligently nursed them back to being healthy and beautiful. We have them for a few days and hope they’ll be available for adoption shortly.

It’s funny. I write so much about dogs, but I probably have just as much experience with cats. We’ve fostered almost 30 kittens/cats at this point, including the two of our own. By no means am I the expert, but when I look at my Instagram feed, I notice something is missing: felines. 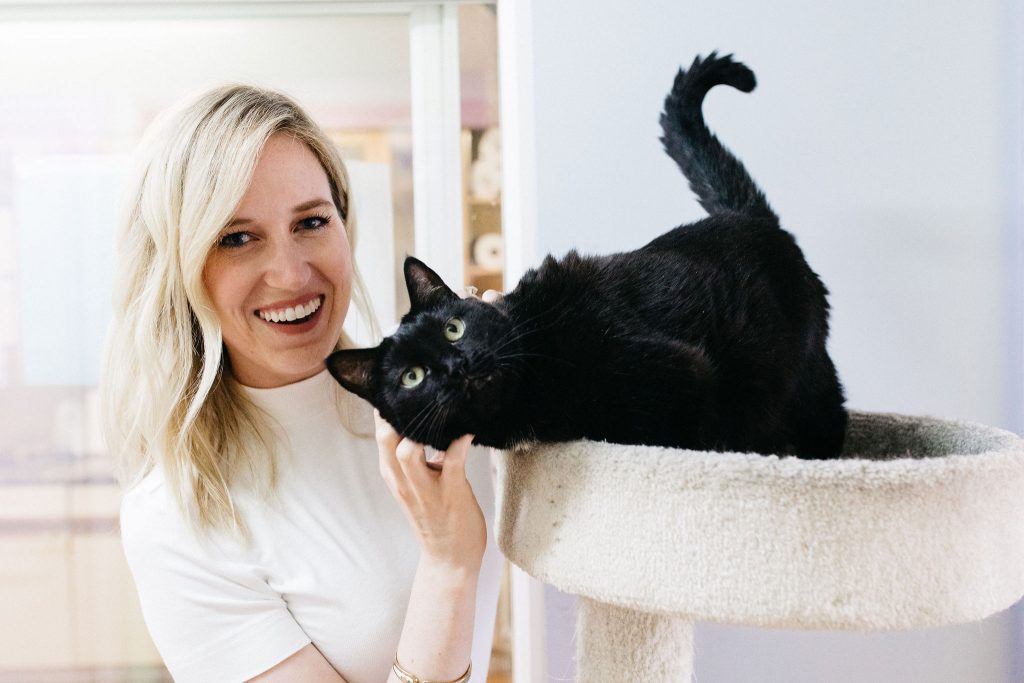 In Chicago, we’re really lucky. Unlike most municipal shelters, Chicago Animal Care & Control has a very high live release rate (LRR) of cats. In June, we had a LRR of 92% for cats. That means 92% of cats that came into CACC were either adopted, returned to owner, or transferred to a rescue partner. A LRR over 90% is considered “no-kill.”

Because cats are so well taken care of in Chicago, I have this weird mindset that cats don’t need my help as much as dogs do. However, when I take a step back and look at the big picture, I know this isn’t true. More cats than dogs are being euthanized in shelters.

Cats are more at-risk in shelters than any other animal. In fact, between 41%–70% of cats are euthanized in shelters. One might think this is because more cats come into our shelters, but cats only make up about 50% of intake.

While return to owner is only one piece of the puzzle, it’s certainly a big reason more cats are euthanized. Part of the solution is for owners to properly ID cats. Because 70% of cats are indoor-only cats, many people don’t bother with collars or microchips. But accidents happen and cats get lost. If more people would tag their cats, we’d be able to get them back into the homes where they are loved. 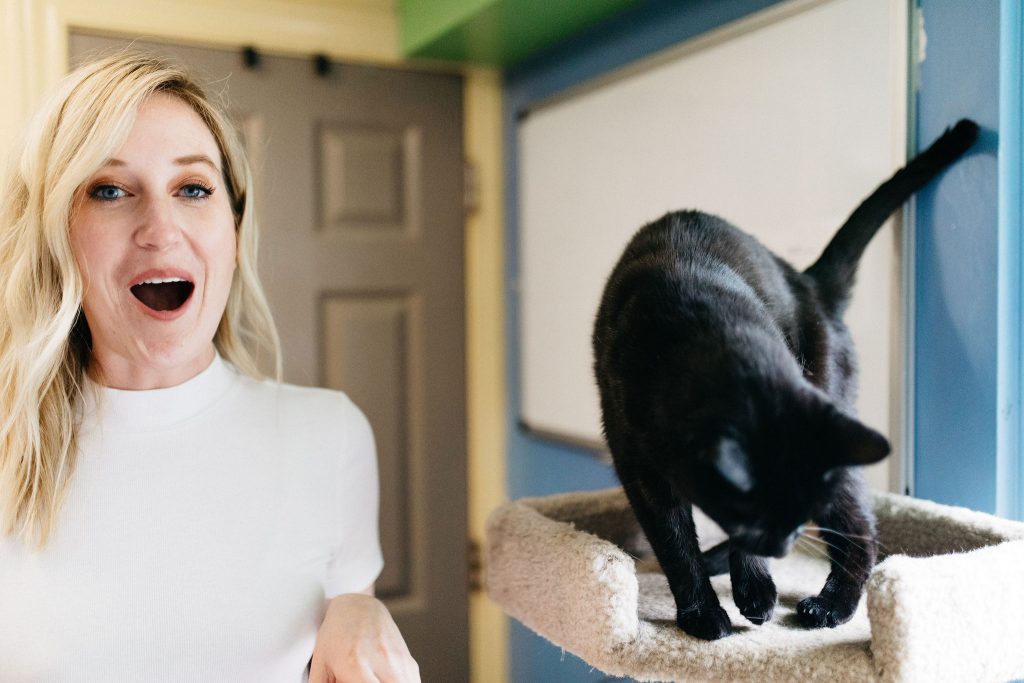 Another big piece of the puzzle is TNR and spaying/neutering the cats that are out there. By limiting the number of cats coming in, we’d obviously be able to reduce the amount that die in shelters. In the midst of kitten season, I wish everyone would fix their cats. With so many low-cost spay/neuter programs, there’s no excuse.

While I may have grown up loving dogs, I’m now equally as obsessed with my feline friends. By writing and featuring them more, I hope to raise awareness for the species most at-risk in our shelters.

You already know my love for Heartland Animal Shelter and it had been almost two years since I last visited them. So, when I wanted to shoot with cats, I decided Heartland would be the perfect place to visit.

Heartland Animal Shelter is open for visitors five days a week. If you live in the area, be sure to check out their Paint and Sip night (those are always too much fun). There are so many ways you can support Heartland, by far my favorite though is their Bachelor in Paradise bracket challenge. I’m signing up meow.

Are you surprised by any of the statistics above? Let me know in the comments below! 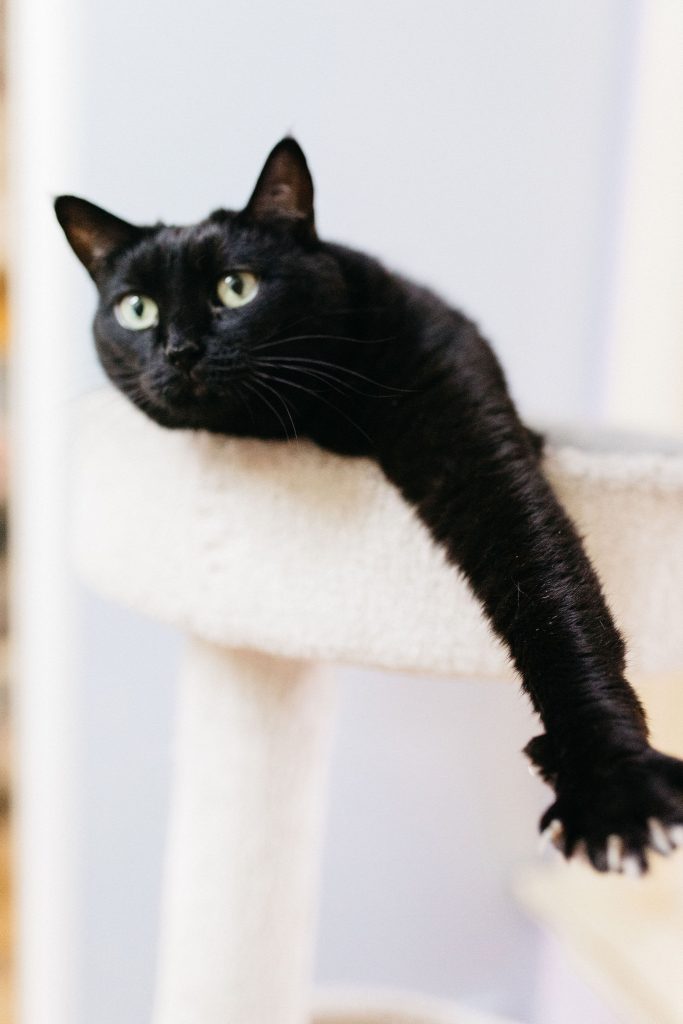 Mew – My favorite lady of the day (shhh… don’t tell) is this perfect specimen. Mew has been at Heartland for more than two years and I have no idea why. She was beyond friendly, super playful, and in her prime. She’s about eight years old and would thrive in almost any environment. 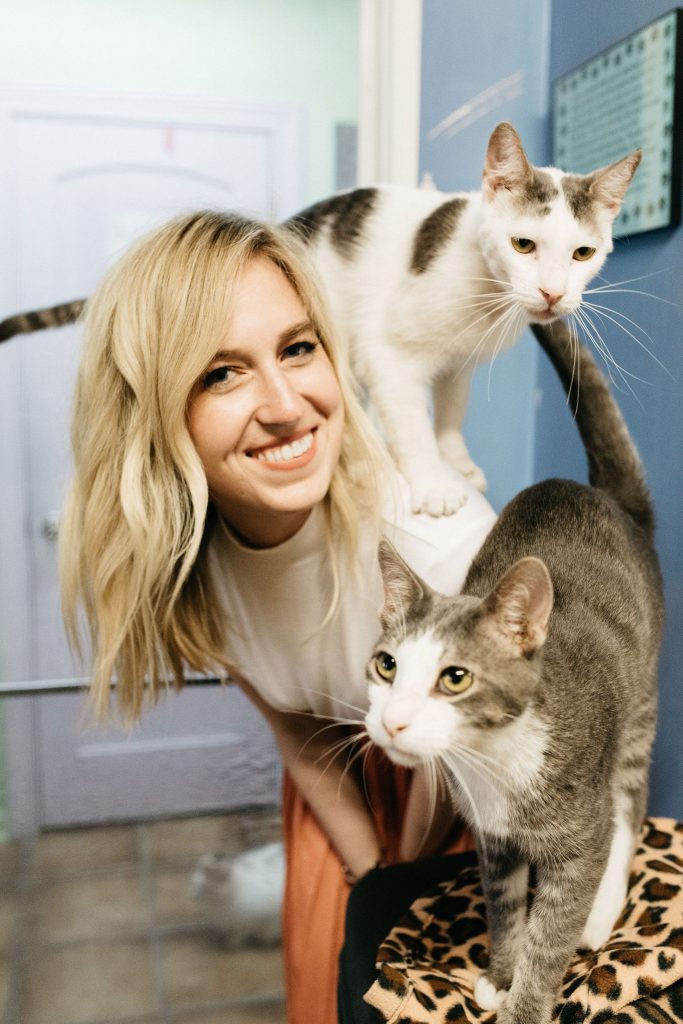 Hobson & Ferris – These brothers really stole the show. They were always ready for their close up and loved being the center of attention. Both of these boys are gentle and so affectionate. Ideally, they’d be adopted together (I couldn’t imagine separating them!) 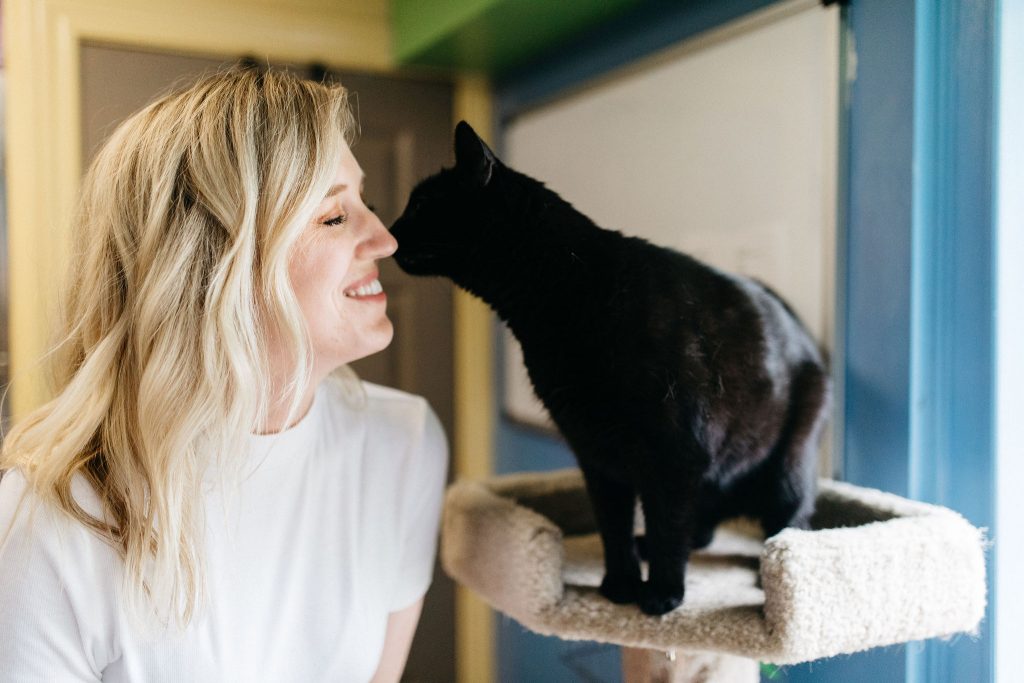 Cabernet – As wonderful as his name, this boy was a smooth talker with his affectionate bumps. He’s also about eight years old and ready to find his forever. 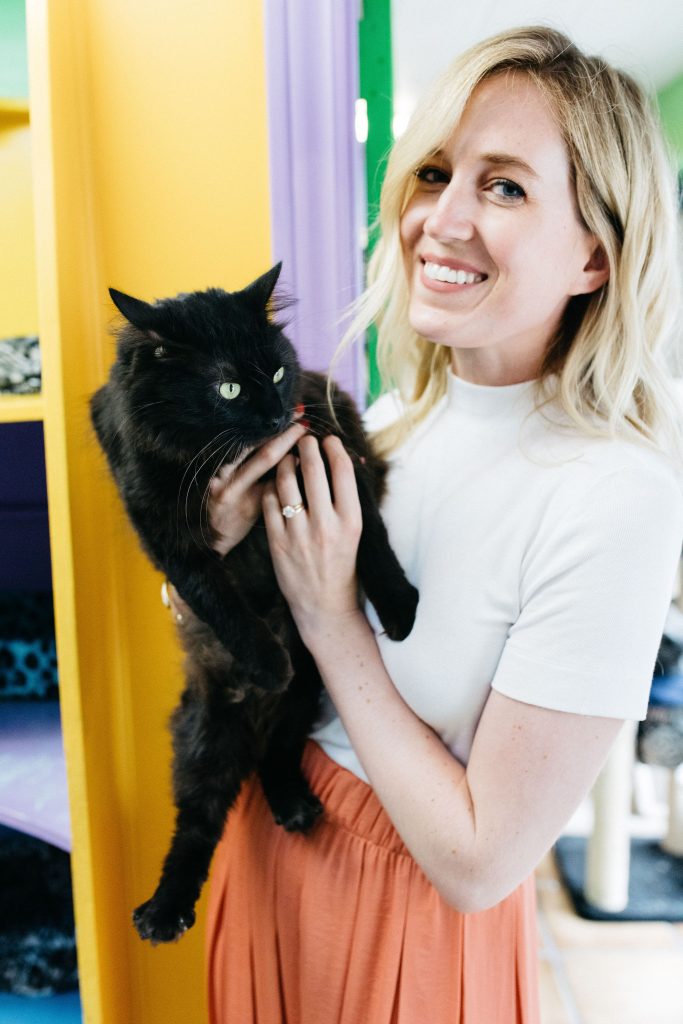 Kaitlin – This beautiful girl loves her people. She didn’t mind being held and coddled like the princess she is. She can get a little bossy so would be best as the only cat. Don’t worry though, she’s got plenty of love to go around.

Quinn – This goofball is all about fun. He’s charming and ready to play with anyone who comes into the cat room. Quinn is about five years old and would love to go home with someone who can keep up with him! 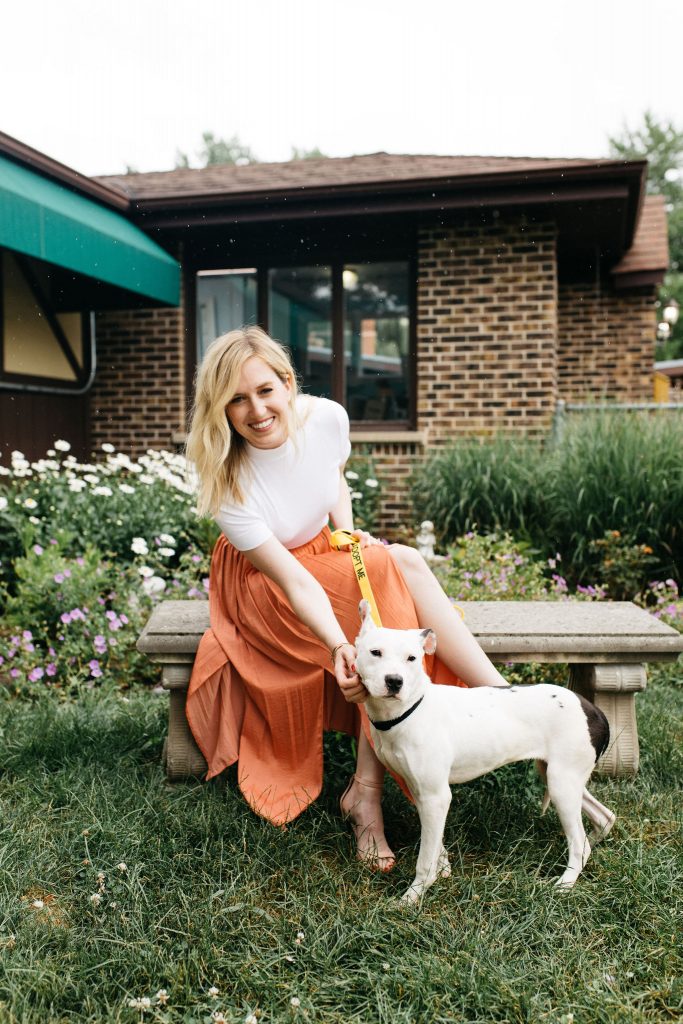 Giia – Just for good measure we threw in a dog because when a puppy this sweet is there, you take pictures. Gia came from Chicago Animal Care & Control and is working on her confidence. She is very shy but not a mean bone in her body, just a sweet baby girl.

Shop the look below!