I stopped drinking for a month, here’s what happened 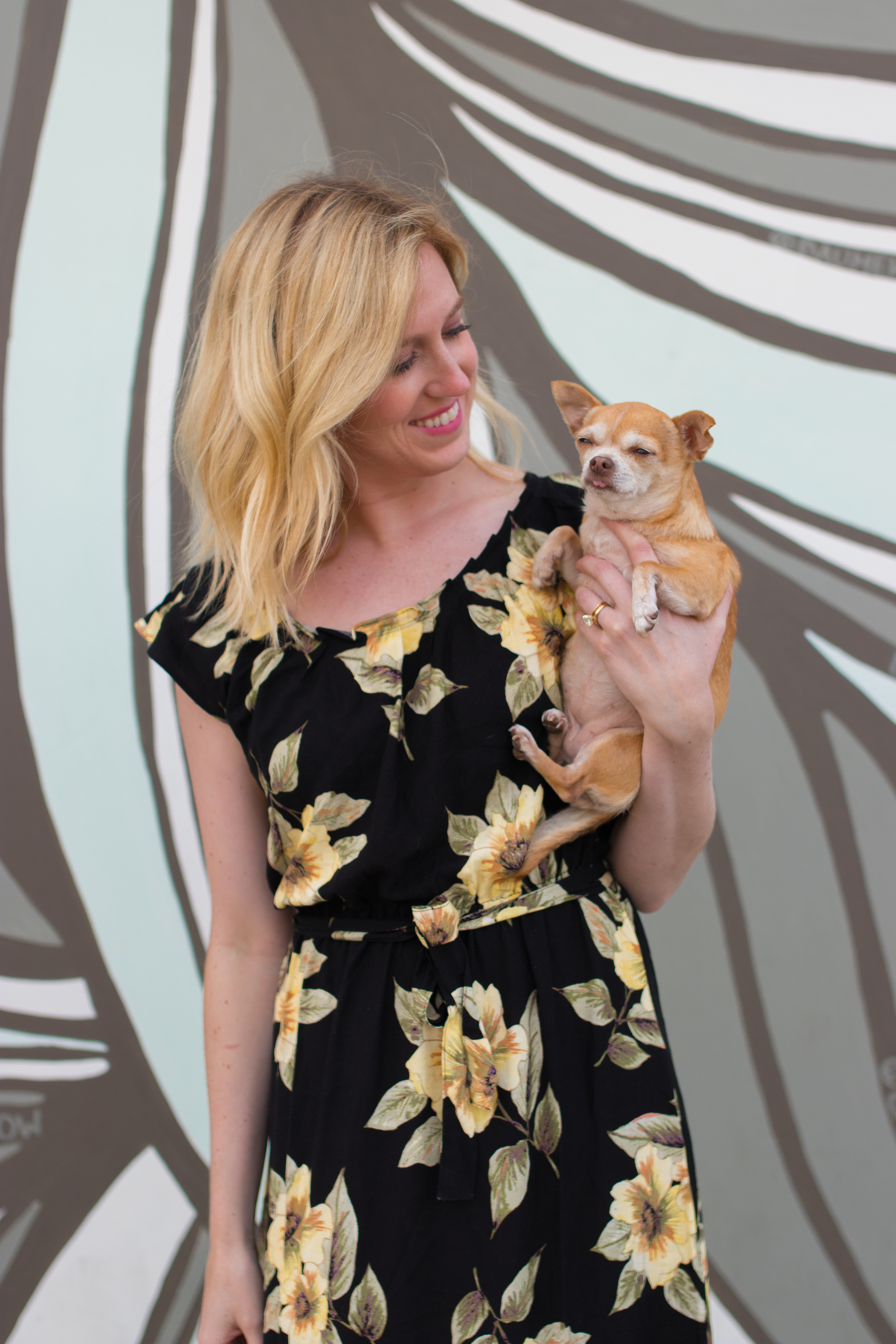 I’m back from my trip abroad and I’m so happy to be home. While I of course love traveling, I absolutely love my daily life and being home. It was such a fun trip with my husband and family but I’m ready to get back to the grind. I recently wrote about how my anxiety had been at an all-time high a few months ago. I shared how I’ve combated the anxiety in a few ways, one of them was giving up alcohol. It’s been an interesting experience that I thought I’d share.

Alcohol was seeming to make my anxiety worse. Not only that, but it was also triggering headaches and migraines. So physically, it was adding nothing but issues to my life. Mentally, I felt like I was relying on it too much in social settings. When I started this blog, I started attending many more events and I relied on it to make me feel comfortable when going to them solo. I would only have a drink or two, but they were adding up throughout the week.

It wasn’t an easy four weeks, along with many rescue events, I attended a BYOB birthday party, a wedding, fostered Sycamore, and headed overseas. It was as if I decided to give up alcohol during some of the most drink-worthy occasions. But, it just made it even more eye-opening.

I didn’t set out to stop drinking for any certain amount of time. I simply wanted a break. After 4 weeks, here is what I learned from not drinking

Alcohol is how we socialize, celebrate, and commiserate. Most every occasion centers around alcohol, or at least that’s how it felt. I had a few cravings for a good glass of wine, especially the first two weeks. It got slightly easier as time went on and I didn’t miss it as much. Eventually, I became more comfortable with asking for ginger ales while everyone else ordered wine.

Perhaps more difficult though was the mental aspect to it all. I was surprised how many times I found myself wondering if people would still want to hang out with me if I wasn’t drinking. Would they think I was boring or lame for not indulging in a few glasses? I guess the jury is still out on that one, but after the first few occasions, I was more comfortable and able to be my usual self sans alcohol.

Alcohol was triggering headaches and migraines for me. I’d wake up in the morning after a glass of wine with a terrible pain in my head. It’s not fun waking up and feeling lousy, so it’s been incredibly wonderful waking up every morning with a clear mind and feeling as good as a thirty-year-old can. I distinctly remember coming home after the wedding I attended and feeling drunk. I had to remind myself that the only thing I drank that evening was ginger ale. Almost immediately, I felt a sense of relief wash over me, knowing I had my full Sunday ahead of me. It’s been one of my favorite parts of not drinking.

Pregnancy was a big topic

When you’re 30, been married for 3 years, and suddenly stop drinking, pregnancy becomes a topic for discussion. Now, only a few people actually asked me if I was pregnant, but I have a feeling many more people were thinking it. Not that it’s anyone’s business, but no, I’m not pregnant.

It struck me as slightly discouraging that the only logical reason that people have for a woman not to drink is that she must be pregnant. At the same time, I get it. It’s rare for someone without a physical reason to choose to be sober at a social function, let alone multiple. I don’t blame anyone for assuming things but I do wish it wasn’t so uncommon.

I built it up in my head

When I decided to take a break from drinking, I was really, really worried what I’d tell people. Wouldn’t they have questions for why I’m not imbibing? What sort of reason could I give that would placate them while also not having to go into all my personal details? Turns out, people really didn’t care.

I had rehearsed a response along the lines of, “I’m just experimenting with not drinking,” but in the four weeks, I rarely had to use it. People would ask if I’d like a drink and when I answered that I was okay, I found they were generally cool with that answer. The social pressure that I was so afraid of really wasn’t there, I had created it in my own mind. Most people didn’t care if I was or wasn’t drinking, and if they did, it really spoke more about their relationship with alcohol than mine.

I found new ways to celebrate

I knew alcohol was a big part of our culture but I guess I didn’t realize just how big of an impact it has. I had to relearn how to celebrate occasions without toasting with alcohol. Drinking is a central theme in so many milestone events and not drinking forced me to find other ways to make things feel special. I read a few blogs that encouraged rewarding yourself. It is why I believe these last four weeks I’ve single-handedly kept Sweet Mandy B’s in business. If I wasn’t drinking my calories, well, I might as well enjoy them another way.

All in all, it’s been a really wonderful experience and I’ve learned a lot about myself and drinking in general. While I do plan to drink again, it’s been a cool way to reset my mind and body. I’m looking forward to seeing how it impacts the way I think of alcohol in the future.

Have you ever given up alcohol for a bit? What was your experience like? Let me know in the comments below!

Both Clyde and Gladys have found their forever home! But omg please look at Queenie if you want a little munchkin of your own!

This LC Lauren Conrad dress is super easy (and affordable) for Spring! Shop her entire new line at Kohls. Shop the look below!

3 thoughts on “I stopped drinking for a month, here’s what happened”