how to just say no and why. 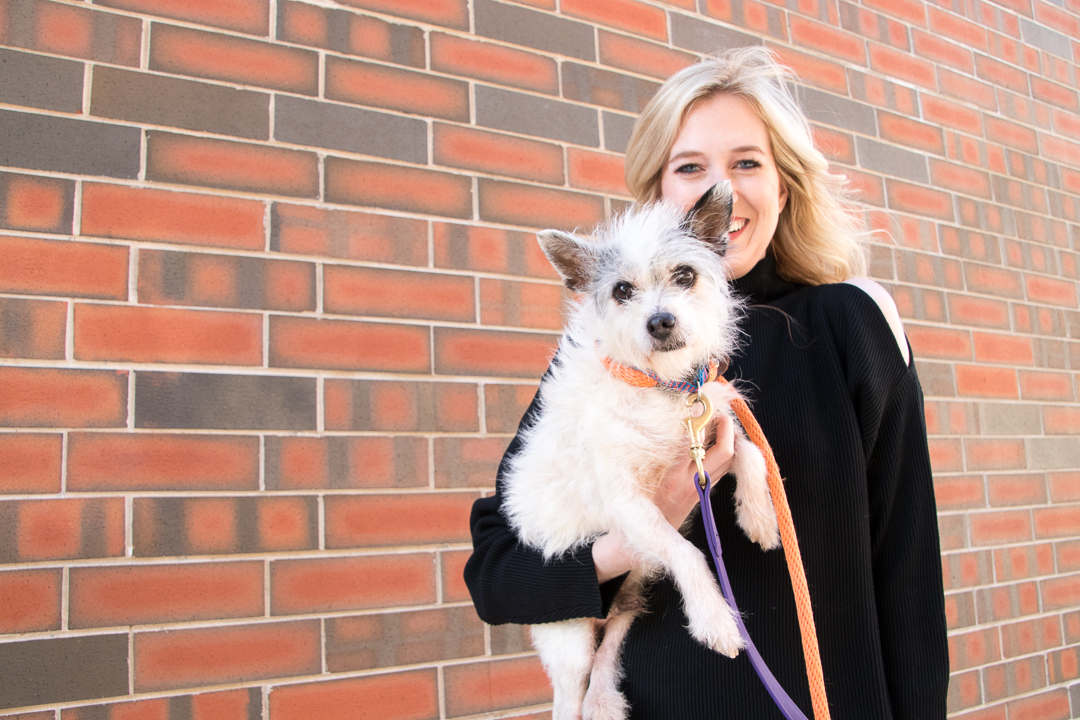 I have a problem saying no. To people, activities, and events. I’m most certainly a people pleaser and the thought of letting someone down is absolutely terrifying to me. I enjoy feeling needed and wanted (who doesn’t?) but it’s starting to take its toll. In the last couple weeks, I’ve felt more exhausted and drained than normal.

People pleasers (hey, hello, hi) often want to make others happy and end up putting everyone else’s happiness ahead of their own

. I don’t think it’s a bad quality to have, but lately, I haven’t been making sure my own needs are met first. Between the holiday craziness, events, blogging, work, family, friends and my husband, I’ve stretched myself thing and it’s not a good feeling. I need to reign it in.

The problem is that I value what other people think of me. Perhaps too much. It leads me to worry if I say or do the wrong thing, people will have a negative opinion about me. Heaven forbid. So when I’m thinking about saying no to someone, I feel as though they’ll think I’m rude or unkind. Fearing this is what will happen, I say yes to too many things.

Why I place so much value on what others think of me is still something I have yet to fully figure out. In the meantime, I’m trying to value my own opinion of myself more than others’. Relying on outside validation and reassurance can be draining and exhausting. I know that placing importance on other people’s opinions of myself won’t ever be fulfilling, so it’s a work in progress.

I don’t have all the answers but I started to look into how to say no. I found a few helpful tips that I thought I’d share in case someone else out there is in the same people-pleasing boat as I am.

Saying no does not make you a bad person – As children, we were taught that saying no is not acceptable and we most likely received punishment when we said it. When we said yes, we were rewarded and praised and associated that word with love. Flash forward twenty-something years and now I find myself worried that if I say no, people won’t “love” me. While it’s certainly silly to put in context, it makes a lot of sense. And when we realize that knowing the difference between right and wrong is more important than saying yes or no, it can shift our thinking when responding to requests without judging ourselves.

Start small and practice – It’s easier in some situations than others to say no. I’m a firm believer that everything takes practice and saying no is no different. So if it’s saying no to the salesperson regarding that warranty or RSVPing no to your coworker’s Christmas party, knowing it’ll become easier over time and with practice is super reassuring.

Recognize success – People pleasers tend to think of what went wrong in a situation. By keeping a mental (or physical) tally of successful interactions, we can gain confidence in saying no. If it’s all tied to self-esteem anyways, what better way than to give yourself a little high-five after an accomplishment? Recording those interactions and seeing the positive impact can help to negate that feeling of rejection we so dread.

I know this has been a pretty personal post but being unable to say no has kept me from focusing on the animals and other things I love. I’m sure it’s keeping other people from doing what they’d like to too so hopefully this post is helpful for others as well.

Are you good at saying no? How do you politely decline invitations and requests? Let me know in the comments below!

I was so happy to return to Famous Fido last weekend. As I’ve said before, they are a wonderful all-volunteer organization that really focuses on sick and older dogs. The owner Gloria has the biggest heart for these animals and is devoted to finding them the best homes possible. To help Famous Fido keep their doors open, find their wishlist here and their donation page here. They have some real cuties so let’s meet them, shall we? 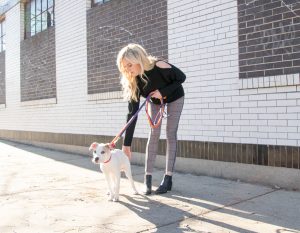 The first pup is this young man Frank who was an owner surrender. As a puppy, he has lots of energy but he’s the sweetest boy and eager to please. He’ll do well in a home that has trained large breeds before and an owner that is active to keep up with his energy level. 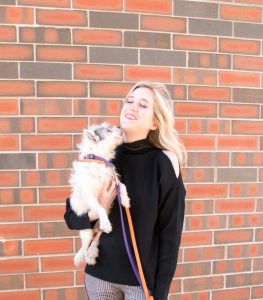 The second senior man is Star and he is all kinds of cuddles. He might demand you carry him around but that’s about as far as his attitude goes. He’s super sweet and gets along well with people and animals.

To learn more about either of these two cuties, fill out the application form here and then contact Gloria at fido@famousfidorescue.com.

It’s the holiday season and this sweater is one of my gifts to myself. I picked it up at Fab’rik on Shop Small Saturday and am finally able to post it. I love supporting small businesses, especially female owned ones so if you’re in the Chicago area, be sure to stop by. I’ve paired this sweater with booties and my favorite holiday pants. Unfortunately the pants are from two years ago but I’ve paired some similar ones below. Shop the sweater above and similar looks below.

Two years ago, I met this big floof at @onetailata

Cheese stopped by to help me further explain why I

At the beginning of quarantine (aka forever ago) w