By now, you all know my love for ALIVE Rescue. They were one of the first rescues to work with me and introduced me to so many others in the community. For that, and many other reasons, I’ll always support their mission.

When it was announced they were closing The Little Barn on Belmont, I was so bummed. That space symbolized so much about ALIVE and they had been there for quite some time. But then I heard they were opening a new adoption center in the West Loop and that proved to be a pretty wonderful opportunity for them.

The new Adoption Center is located right next door to the Pooch Hotel. ALIVE had many adoption events there over the past year so when a space with its own entry inside the Pooch Hotel became available, it was a no-brainer to open up a storefront in one of the hottest locations in Chicago. 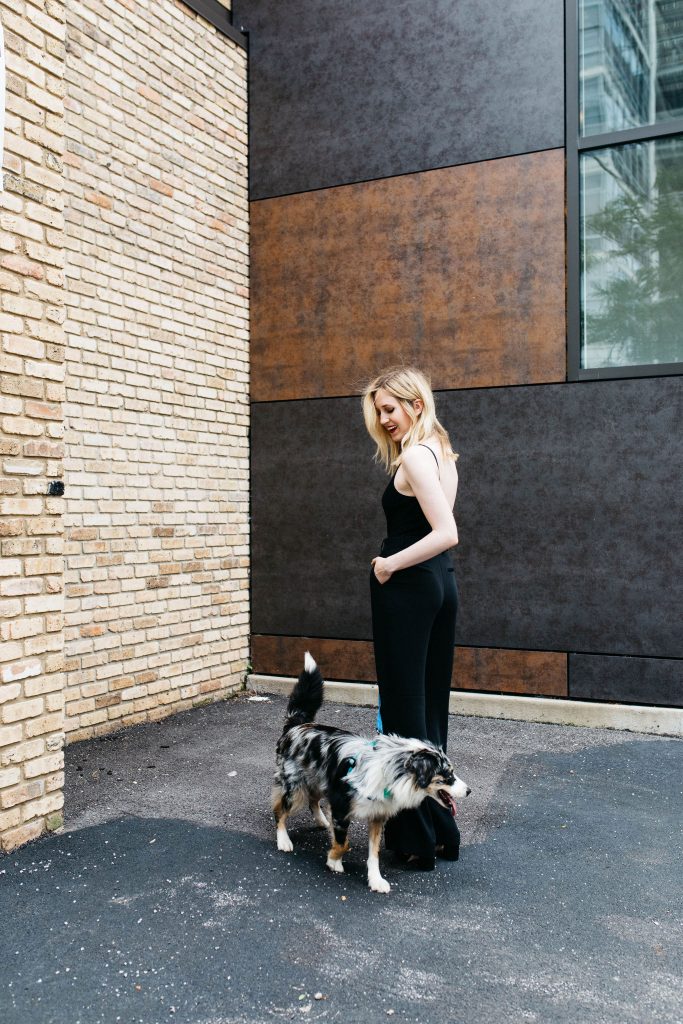 The Adoption Center opened its doors to the public on June 19. The space has five kennels for dogs in need of temporary housing. With beautiful shiplap and hanging lights, it’s fresh and bright, opposite of what most people would expect of adoption facilities. It’s welcoming and while it may be smaller than the big barn, the new Adoption Center is making a big impact.

Along with the big change came a new zip code. When looking at rescues and shelters in Chicago, majority of them are located on the north side of the city. The ALIVE Adoption Center will act as a tool in reaching a new audience who may not be as familiar with rescue. ALIVE will be able to expand its mission to a new neighborhood and get more people involved with their cause.

ALIVE’s mission is to lower the euthanasia rate in Chicago. They do this by primarily pulling animals out of Chicago Animal Care & Control. The new Adoption Center will be able to showcase these animals and hopefully encourage people to adopt their next pet.

Perhaps the best part about their new space is the visiting hours for the public. You can visit the Adoption Center on Wednesday from 6:30-8:30 pm. They have open houses occasionally as well so stay tuned for dates and times by tuning into their social media! If you’ve ever been curious about ALIVE or some of the dogs in their care, you can simply stop by. I love that this is a new thing because I truly believe that by welcoming people into a rescue, you’re really inviting them to learn. So many people are curious about adoption and being able to see firsthand and ask questions is a major asset to the rescue community as a whole.

So stop by the beautiful new Adoption Center and meet some new friends!

Also, I’ve signed up for their point 5K run, which is about the only distance I feel comfortable running. If you’re like me and races aren’t your thing, here’s your chance to sign on for something anyone can do! 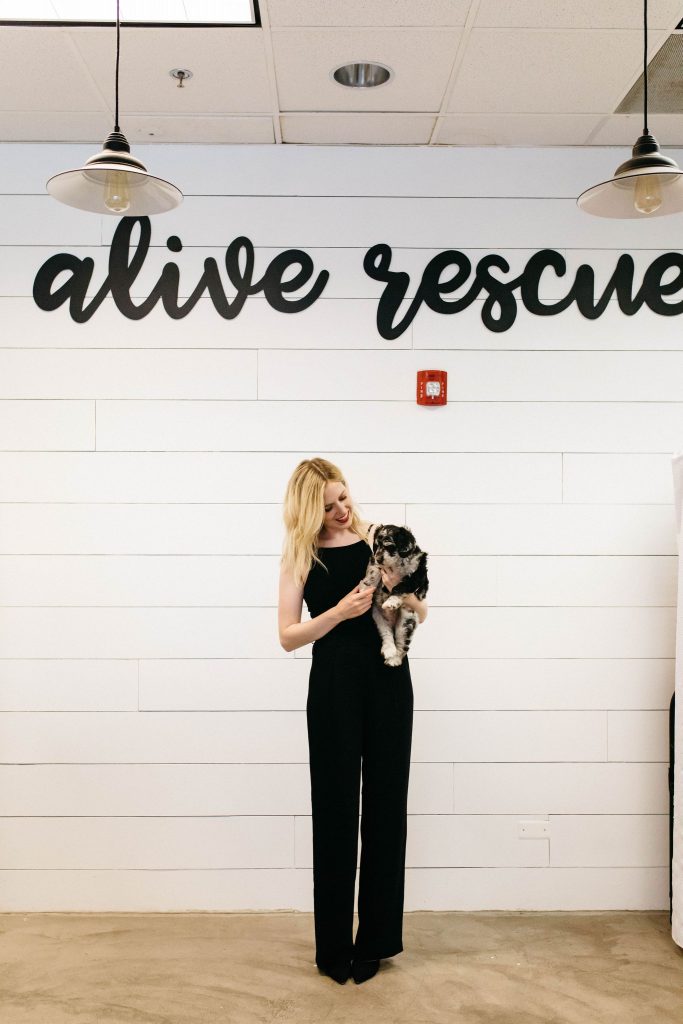 Tilda – This beautiful girl has an adoption pending, and with those eyes, it’s no wonder. If you’re looking for a similar dog, check out Henry or Ricca.

Pineapple – This little (huge!!) puppy is already spoken for but omg have you seen Brian Littrell?!

Shop the pants here and the body suit (on major sale!) here!

1 thought on “How ALIVE is downsizing but expanding”

An update on Frodo, the Galgo we fostered through

Midweek pick me up: Apollo was my favorite dog of

Happy birthday to the cat nap king of my heart. Wh

Dude was one of my most memorable fosters. He was

Today I lived out some childhood dreams of canteri

This past weekend I got to walk dogs at @chianimal

When I walked into @southsubhumane, there was a do