Skip to content
Thank God it’s Friday night…and I just (just, just, just, juuuuust) got paid. So technically it’s Friday morning and I don’t actually get paid today, but that song is a jam and you should probably throw it on to start your day out right. Here is it for your listening pleasure, just don’t ask me to choose between BSB and N*SYNC. So, I’ve been holding this post off for a bit because my collaborator was on the move as she packed up everything and transported herself and two dogs to Austin. But alas, she is settled and I can show you something we’ve been working on together!

Back in May, I was on my way to Indianapolis and my sister-in-law sent me an article the Chicago Tribune wrote about the Erin Einbender and her Cones of Fame. The beautiful photos reminded me of Sophie Gamand’s Flower Power series and when I realized Erin was in Chicago, I immediately reached out to her. I was so excited for her success and the impact it had on the rescue world, and shyly asked if she’d like to collaborate. Lucky for me, she was just as kind and big-hearted as I thought and immediately agreed to work together.

She’s a longtime volunteer for One Tail at a Time and embarked on the project because of how dogs often were perceived when they had cones on their heads. It’s a necessary evil to keep them from licking and chewing at their surgical scars, but often they just look so sad. Erin wanted to give them a little bit of a confidence boost and Cones of Fame was born. She and a few volunteers cut and glued feathers, jewels, stamps and stars to the plastic cones and they became art themselves. 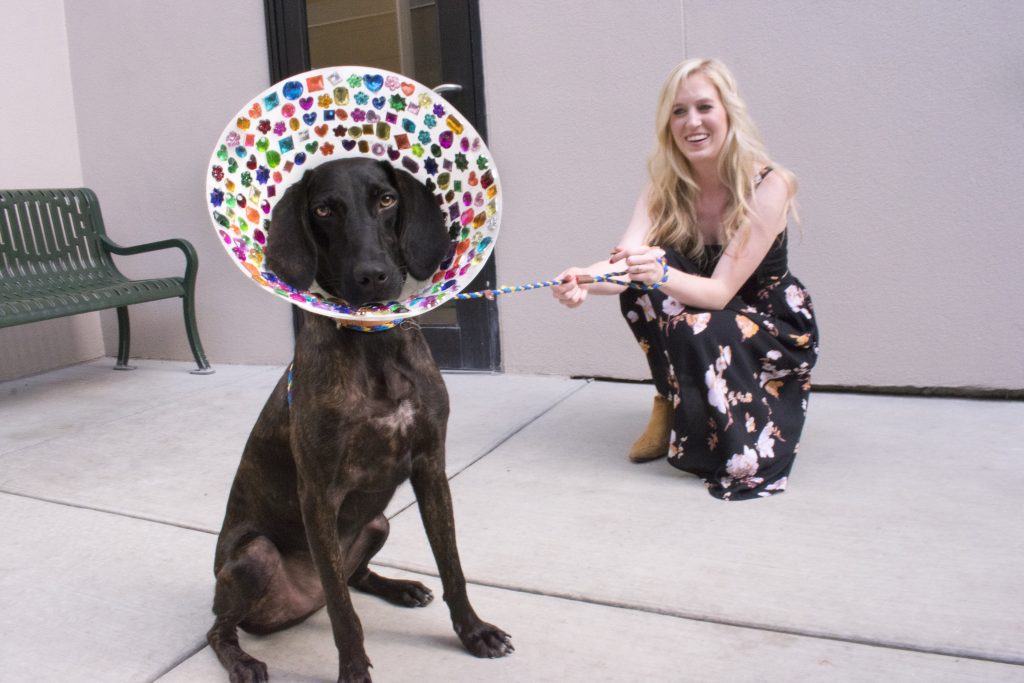 Putting the new and fancy cones around the necks changes the entire attitude of the pup. Their smiles and goofiness are complemented by their new-found bling. You can’t help but laugh and feel all mushy inside while looking at her beautiful photos.

I think the coolest part of the project isn’t the funny pictures or the fantastic cones, but the message behind it. The cones represent the spay and neuter and this project highlights the importance of fixing your pet.

The other week, I saw first hand the how important spaying and neutering really are. We had just wrapped up a shoot at the Anti-Cruelty and I was heading out the door when a woman walked in holding (no carrier in sight) two kittens that she wanted to be fixed. They were an “oops” litter because her female cat wasn’t spayed. The ACS staff kindly wrote down information and told her she’d need to make an appointment at their low-cost clinic, but I was disheartened because it’s likely those two kittens will end up right at the shelter.

The amount of animals that come into the shelter because of unwanted pregnancies is quite staggering. Puppies and kittens are hard work and can be expensive, so having them on accident often leads people to surrender them to the local shelter. The ACS will get litters of puppies or pregnant females and have to raise the babies themselves. This is taxing and expensive for any shelter as well as dangerous for newborns because of exposure to other animals. It’s an easily avoidable problem it all pets were spayed and neutered.

People have their own reasons for not wanting to fix their pet, but I think the number one reason is cost. Surgery of any kind can be expensive, but there are low-cost spay/neuter programs all over the country. In fact, there are more than 20 clinics within a 50-mile radius of Chicago that charge next to nothing for spay/neuter. For example, at the Anti-Cruelty Society fixing a cat is $30 and a dog is $130. Oh, and if you are the proud owner of a Pit Bull mix, you get a nice discount and only pay $60.

I’ll be writing a more in-depth piece about spay/neuter, but for now, I’ll leave you with this: I’ve seen too many cats, dogs, puppies, and kittens surrendered to the shelter because of unwanted pregnancies. Do your part to help the millions of animals euthanized each year and get your pet fixed.

Alright, it’s Friday and I think that’s enough preaching for the day. I want to thank Erin for her amazing work and photography skills. The photos below absolutely tickle to with joy and I hope they make your day a little brighter too. Be sure to check out Erin’s Cones of Fame and keep up with all she’s doing to promote adoption and spay/neuter.

There are three pups in these photos and only one is still looking for her forever home.

Jade, the beautiful and sweet Pit Bull mix I had the pleasure of meeting previously, is still looking for her happy ending. I’m honestly not sure why or how she’s been at the shelter so long because she is the friendliest girl and so well mannered. Jade is straight snuggles and smiles and willing to learn whatever you’d like her to, as long as treats are involved. She’s located at the PetSmart in the South Loop, so be sure to stop in and see if she’ll make the best addition to your family! 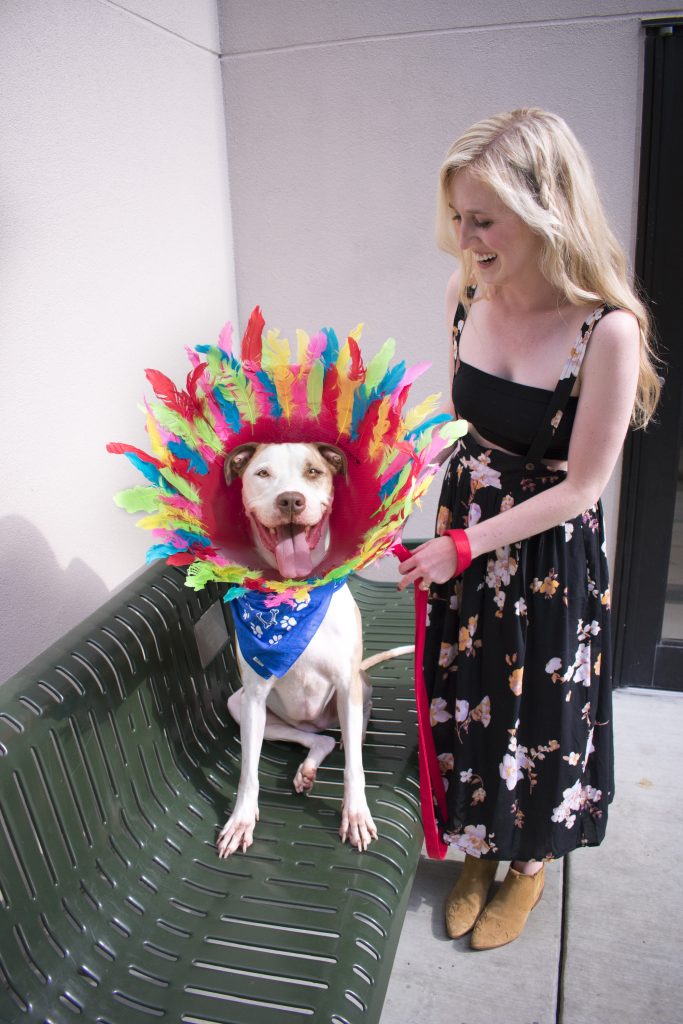 The other two, Misha and Rocco have both found their forever homes!!

If you are in the market for a new pet, tomorrow is Clear the Shelters day!! All fees are waived courtesy of NBC and VIP Pets. There’s no better time to find your new furry friend than tomorrow… for a list of participating shelters, click here.

I’ve worn this romper so many times that I’m happy I can show it off here! To keep it casual, I wear it with a teeshirt or dress it up with a white blouse. I paired it here with a simple black bandeau and my favorite booties. It’s been a summer staple and highly recommend. Shop the look below! 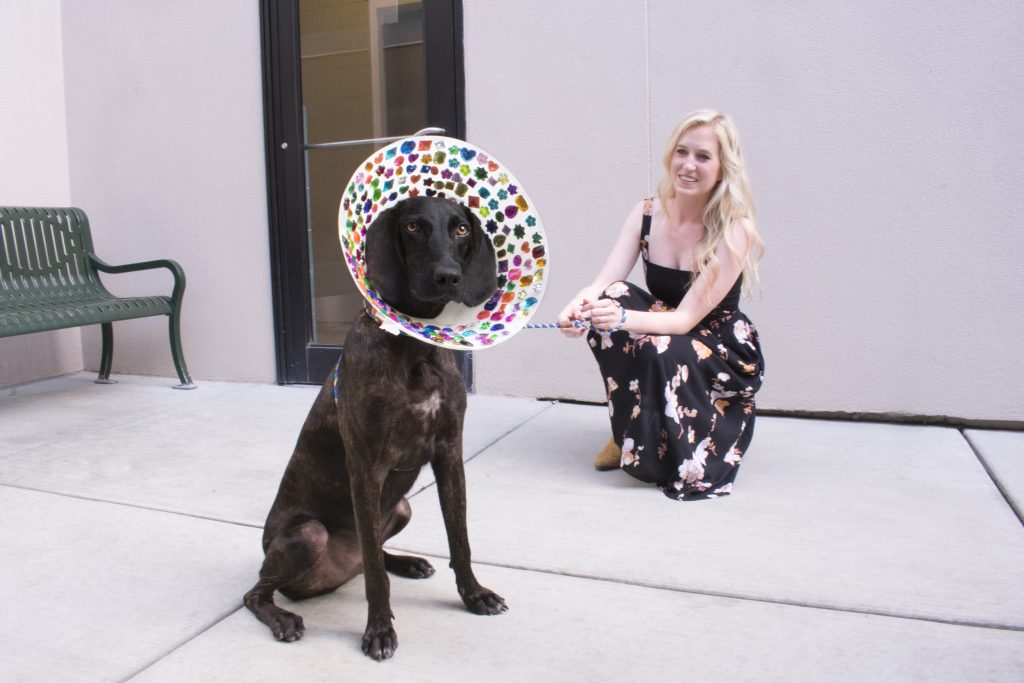 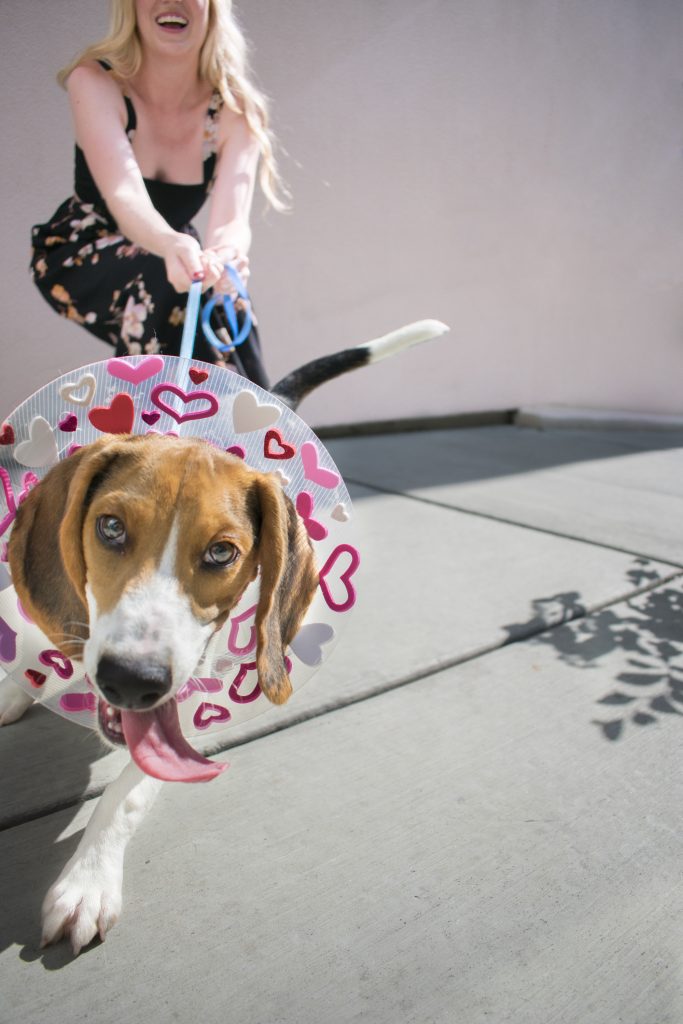 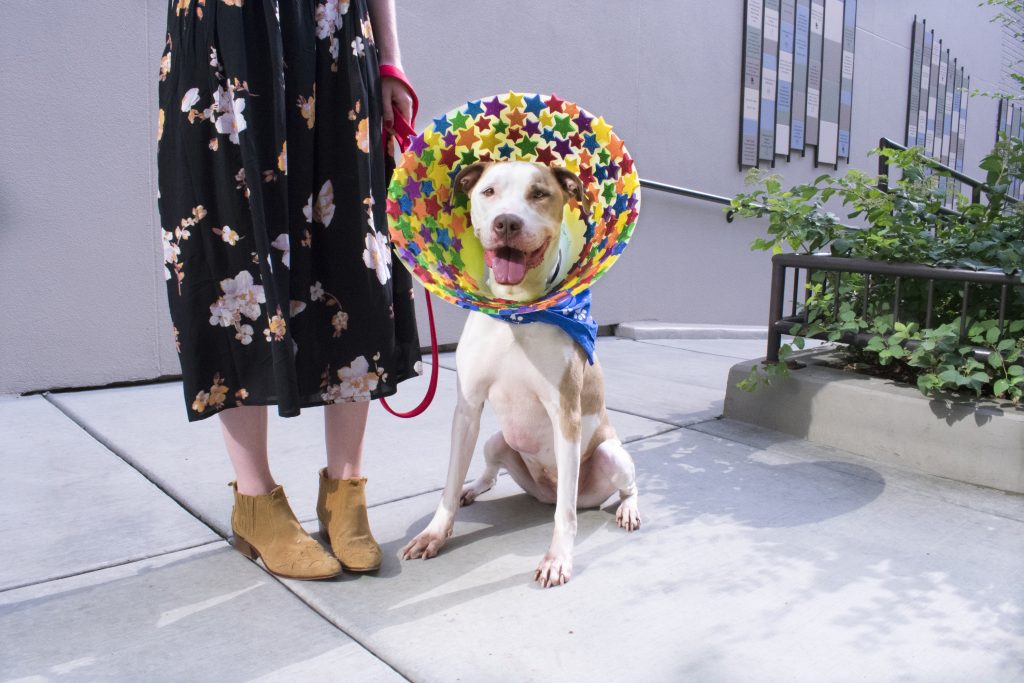 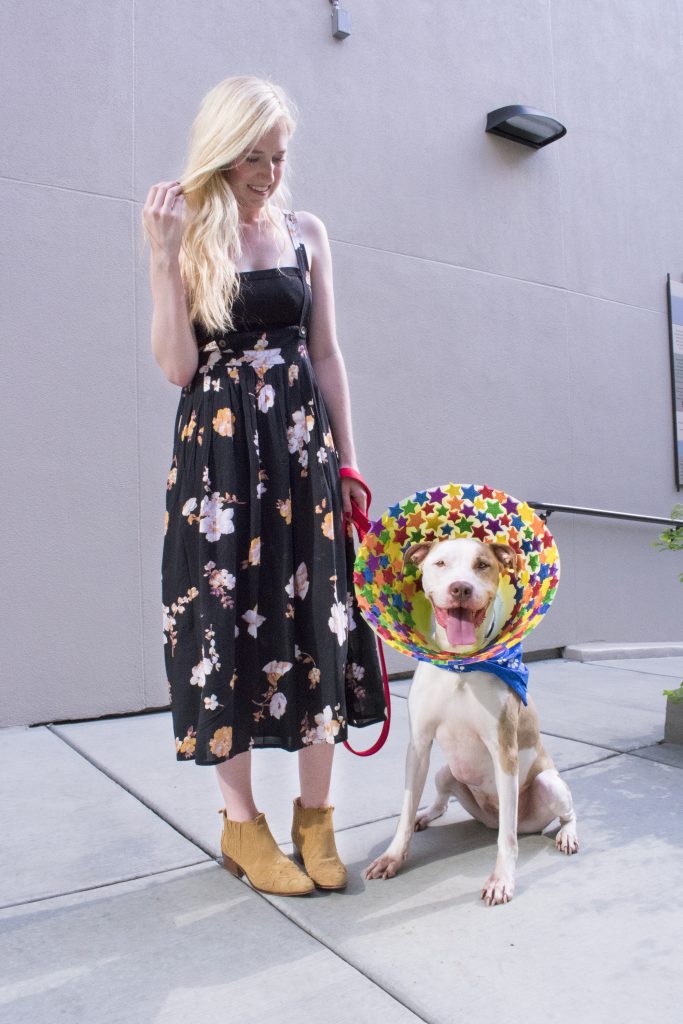 I know Giving Tuesday is almost over, but I just h

An update on Frodo, the Galgo we fostered through

Midweek pick me up: Apollo was my favorite dog of

Happy birthday to the cat nap king of my heart. Wh

Dude was one of my most memorable fosters. He was

Today I lived out some childhood dreams of canteri

This past weekend I got to walk dogs at @chianimal