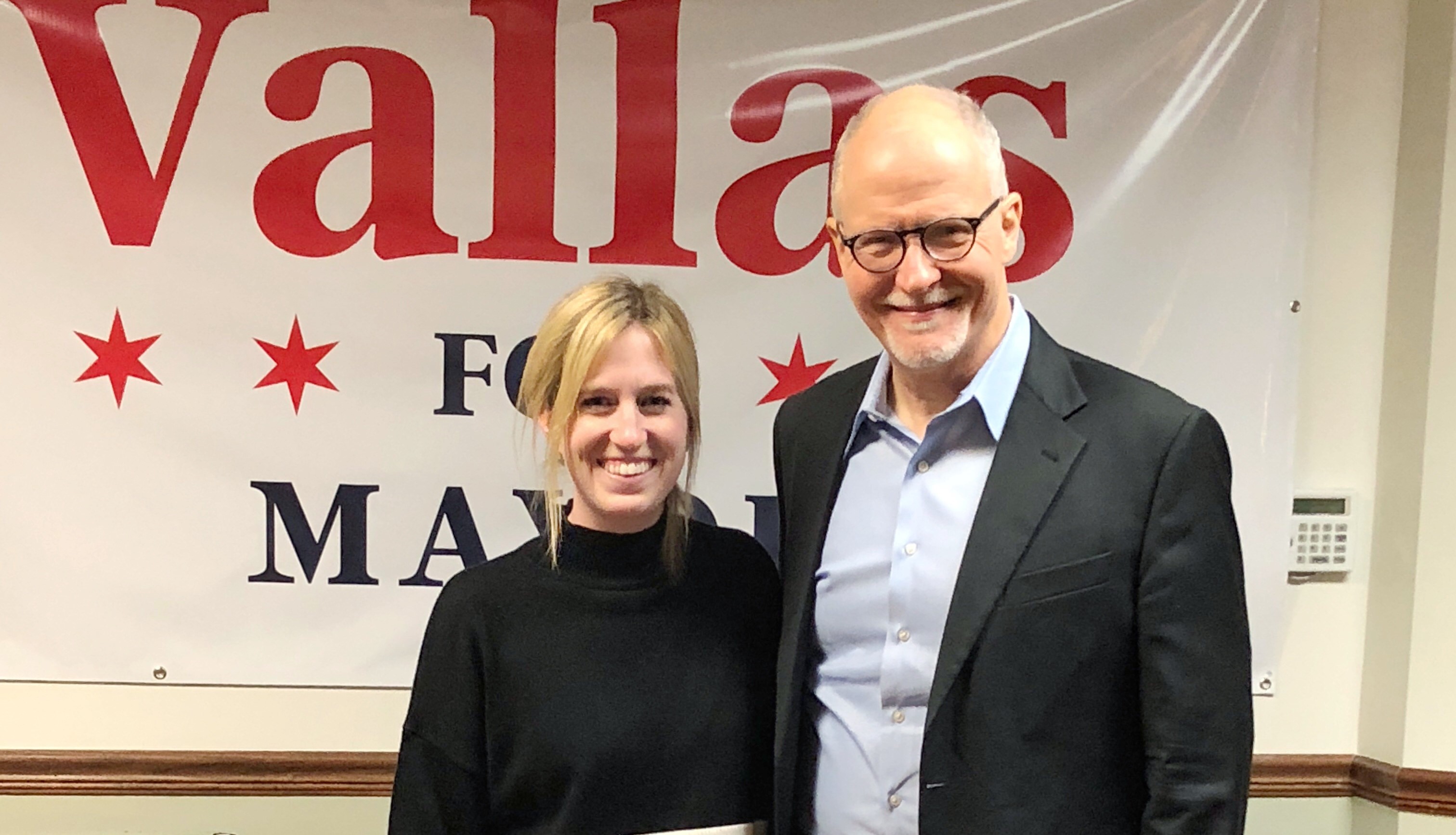 Woof. What a week. Full of highs (I got to visit the Big Barn with ALIVE Rescue!) and lows (CACC needs major help). I suppose that’s the nature of rescue and yet it’s still hard at times. Remembering the highs are what keeps you going beyond what you thought you could. My love for animals has always pushed me to do things I’m not comfortable with (like, hello, taking photos of myself trying to model.) Most recently though, it pushed me into politics. Wat. Never one to enjoy politics, I recently sat down with Chicago Mayoral candidate, Paul Vallas. Let’s see how I got here.

About a month ago I attended a listening session of Paul’s. He was speaking to the animal welfare community about his beliefs and what he would do to improve conditions for our animals if he were elected. After the discussion, I went up and introduced myself to Paul. After all, he seemed normal enough. I found myself asking if he’d be up for an interview to chat further and to my shock, he jumped at the chance. I went home and Googled “what are politics,” before setting up a meeting.

Lucky for me, Paul is easy to talk to and when I joked that I’m not into politics, he said, “good thing I’m not a politician.” I liked him already. At 4:15 on a Friday afternoon, I found him eager to chat and pick my brain while also laying all his cards on the table. Over the course of an hour and a half, we had shared pictures, stories, and a few political views.

When I asked him about his passion for animals, he told me about his childhood and how he had a tough time making friends. You see, Paul had a stutter up until he was about 30 years old. He was a quiet kid who kept to himself and made friends with animals instead. I could relate, as an awkward, shy child myself, I found solace in the animals around me.

Paul took in stray kittens all the time home to nurse back to health. He brought in injured birds and tried, unfortunately usually unsuccessfully, to rehabilitate them. His backyard became a pet cemetery, full of friends he buried with love. While he was telling me this, my own backyard rushed into my mind. Visions of my guinea pigs, fish, and even a dead caterpillar, long buried and at rest in my parents’ garden.

When it came to dogs, it was the best part. He told me about his first dog Fluffy. Part Cocker Spaniel, part Terrier, Fluffy the mutt lived to be about 17. A life full of love and funny stories I was privy to while talking with Paul. Flash forward to today and he now lives with his yellow Lab Jax, a dog that one of his sons brought home. Jax was the topic of conversation among his family members. Their family’s group text was full of pictures of Jax, which he happily showed me. Paul beamed and lit up while talking about his dog. I could tell immediately, he was one of us.

Since the Mayor appoints the Director at Chicago Animal Care & Control, we discussed how he would improve the conditions of Chicago’s city shelter. Surprisingly, Paul is fairly well-versed in what is going on at CACC. He’s a longtime friend of ex-Director Susan Russel and was aware of what transpired over the Summer.

When asked for a solution, his approach was surprisingly simple: create an advisory board of animal welfare experts, then empower them to make decisions. While he knows the basics of CACC, he admits he knows less than the people who are working in the industry every day. The board would be responsible for prioritizing what needs reform and creating change.

The Board would be self-selected by the animal welfare community in Chicago. Those who know and understand the system would be put in charge by people we trust. We could rest easy knowing that the animals have a team to rally for them. A team that wants to create a no-kill Chicago and make better choices for our animals.

After discussing animals at-length, I asked him some rapid fire questions. Things that I know are big ballot items when it comes to voting. Here’s how he stands on the following issues:

I never thought I’d be talking about and to politicians on Rescue in Style. However, it’s a crucial part of the puzzle to ensuring animals are treated humanely. In order to create a no-kill Chicago, we need a Mayor who will be an alley to animals. I have no doubts if Paul Vallas is elected Mayor, he will champion for our city’s animals.

The election is on February 26, 2019. You can see a list of all the candidates here. Stay tuned for more info on Mayoral candidates! 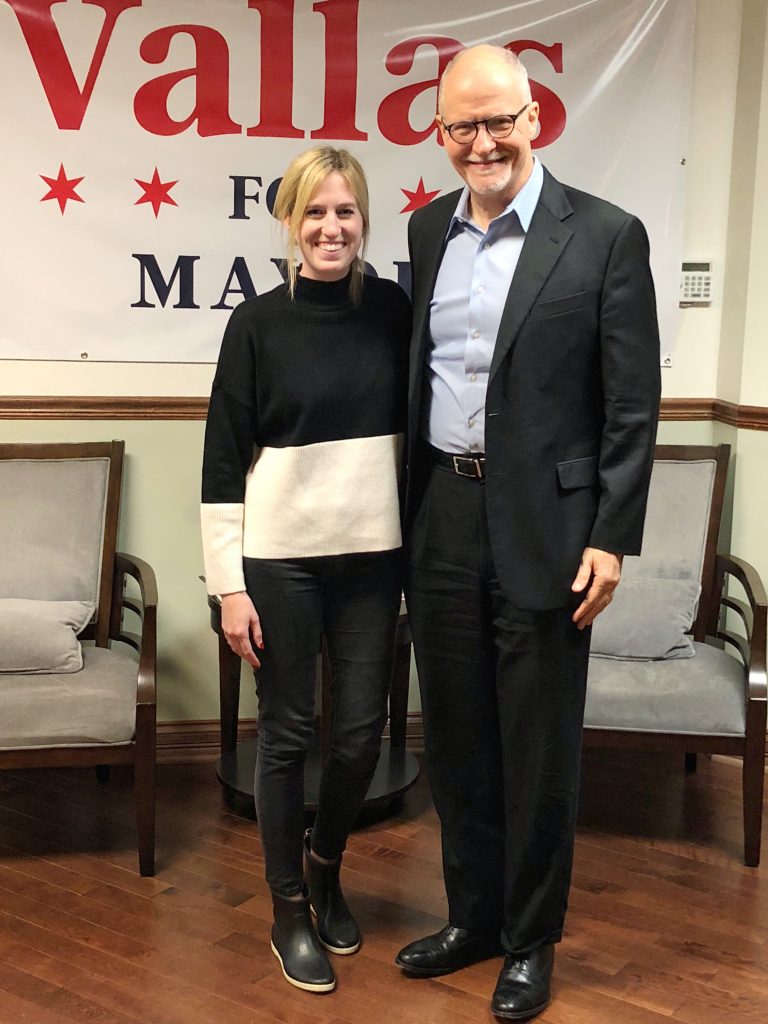 2 thoughts on “An interview with Mayoral candidate Paul Vallas”